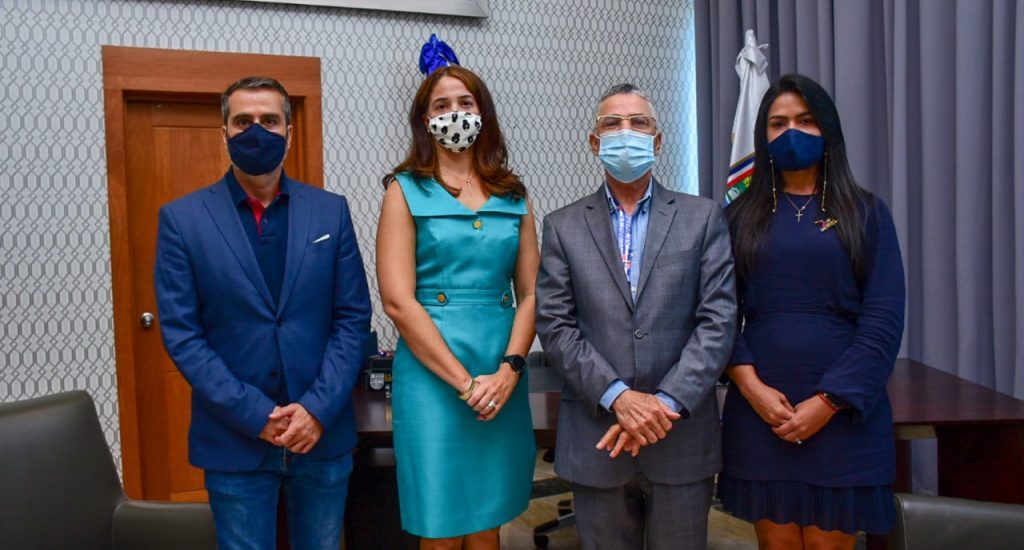 The mayor of Santo Domingo Este, Manuel Jiménez, together with the Lantica Media team. External source.

SANTO DOMINGO ESTE.- Hand in hand with the local Lantica Media studios, Santo Domingo Este, it will be used as a natural space to record various scenes from the North American film GEECHEE.

This was reported by the COO of Lantica Media, Albert Martínez Martín, during a meeting with the mayor of the city, Manuel Jiménez. He immediately had all the operational and security facilities necessary to guarantee the correct development of the filming.

During the meeting, the representative of INICIA, Angie Bergés, also participated. Mayor Manuel Jiménez highlighted the different natural, historical and cultural attractions that make Santo Domingo East an ideal place to invest in film production and any type of project of the Dominican Republic and the world’s cultural industry.

Jiménez received the Lantica representatives in his office in the Municipal Palace and urged them to review the catalog of the city’s scenarios that the Mayor’s Office has prepared to promote tourism and cultural work in the provincial capital Santo Domingo.