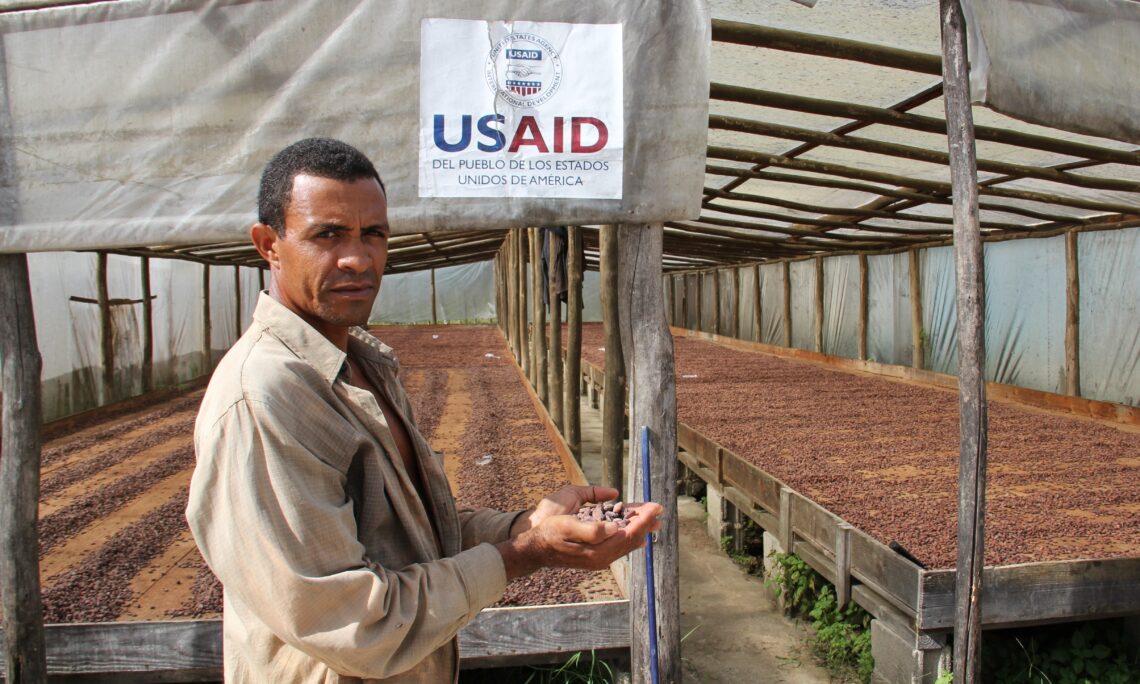 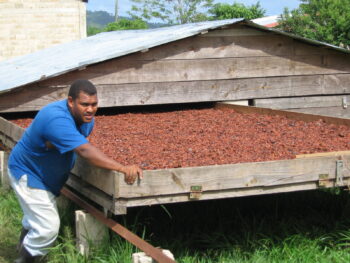 By Laura McCarthy for USAID

Some of the world’s best chocolate starts in the Dominican Republic. Derived from the cacao bean, quality chocolate depends on a high-quality bean; and many international chocolate companies are willing to pay premium prices to get it. Indigenous to the Caribbean, the forest-friendly cacao tree can be a valuable source of income for Dominicans. But too often, small-scale cacao producers lack the latest technology, knowledge, and organic certification needed to compete in an international market.

In the country’s northern province of María Trinidad Sánchez, La Red Guaconejo Cooperative – a group of small-scale cacao producers and processors – requested USAID’s assistance to improve the quality of their beans, expand their market share and increase profitability. In response, USAID provided a matching grant in 2009 for post-harvest improvements, including a fermenting warehouse and solar drying tunnels. Previously, La Red fermented the beans in sacks and dried them on concrete in the sun, which causes the beans to dry too quickly, does not allow the acids to drain, and requires pulling up the beans when it rains. The new boxes ferment the beans more evenly as they are rotated every two days, allowing for better aeration and resulting in a more consistent, higher quality product. After 5-7 days, the beans are moved to the solar drying tunnels.

Miguel Peña, a La Red producer, said, “Before we could hope for 50-60% of our beans to be high quality. With the wooden boxes, 95% of what we process is high quality, which means we can export the beans instead of selling them at a lower price in the local market.” 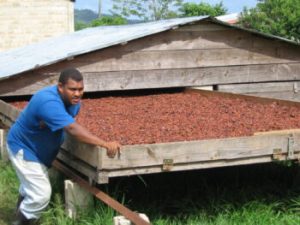 Photo by: Abt Associates

USAID helped 97 La Red producers to obtain organic certification, increasing their sales price. Before the cooperative was receiving RD$4,500 pesos per 100 lbs for the processed beans, after USAID support they received approximately RD$6,750 pesos – a nearly 28% increase. As a result, 35 of the producers are expanding their farms and diversifying their produce as they plant fruit trees alongside their cacao. In 2009, La Red sent their first container to Dagoba Chocolate, The Hershey Company’s organic brand of chocolate. It was the first time the cooperative had exported without a broker.

Carlos Jose Suarez, La Red’s founding president, said, “With the increase in income, I’ve built a bathroom for my home and finished building my house. A lot of the members of the cooperative are doing the same thing, patching roofs, and improving their quality of life.”