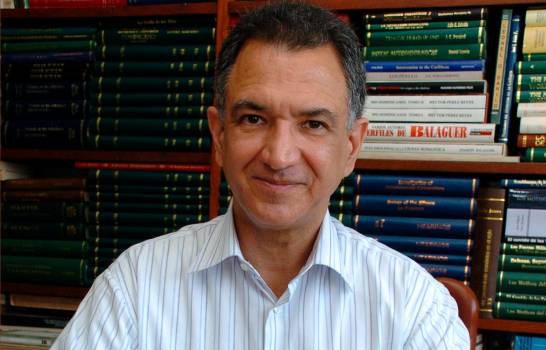 Ambassador Víctor Grimaldi sent a letter to Dominican President Luis Abinader on Wednesday. He denounced “that an attack has been unleashed against a group of 57 meritorious foreign service officials recognized in 2020.”

In the letter, the diplomat points out that these “annoying situations” have to do with the “diplomatic career and a legal illiterate who does not know the rule of law and the respect that must be had at the beginning of the continuity of the State.”

He maintains that this action is a violation of rights that only Luis Abinader could stop if he ordered, in his capacity as head of the Public Administration, to eliminate the recent unfair resolution of the Administrative Minister of the Presidency (MAP) that ignores the rights of the foreign service servers.

Here is the full letter:

President of the Dominican Republic

When you were born in 1967, six years had passed since the beginning of the democratic transition of 1961. Many young people and I had suffered abuses and prisons in the struggles for democracy and established the rule of law that we still seek for our country today.

I am writing to you on the occasion of annoying situations that are taking place when there is a week to go before the first month of your constitutional mandate that began on August 16. One of them has to do with the Diplomatic Career and a legal illiterate who does not know the rule of law and the respect that must be had at the beginning of the continuity of the State.

On the night of August 15, 2012, and the previous month (July 2012), the same Ministry of Public Administration (MAP) and the same President Leonel Fernández, issued resolutions and decrees recognizing the merits to incorporate various officials of the Diplomatic Career Foreign service.

Those were not touched afterward and have not been touched. Why has this attack been unleashed against a group of 57 respected foreign service officials recognized in 2020?

Yes, I assure you that it is a violation of rights that only you could stop if you ordered, in your capacity as Head of Public Administration, to eliminate the unfair Resolution of the recent MAP that ignores our rights.

I say goodbye with greetings of respect and high esteem.