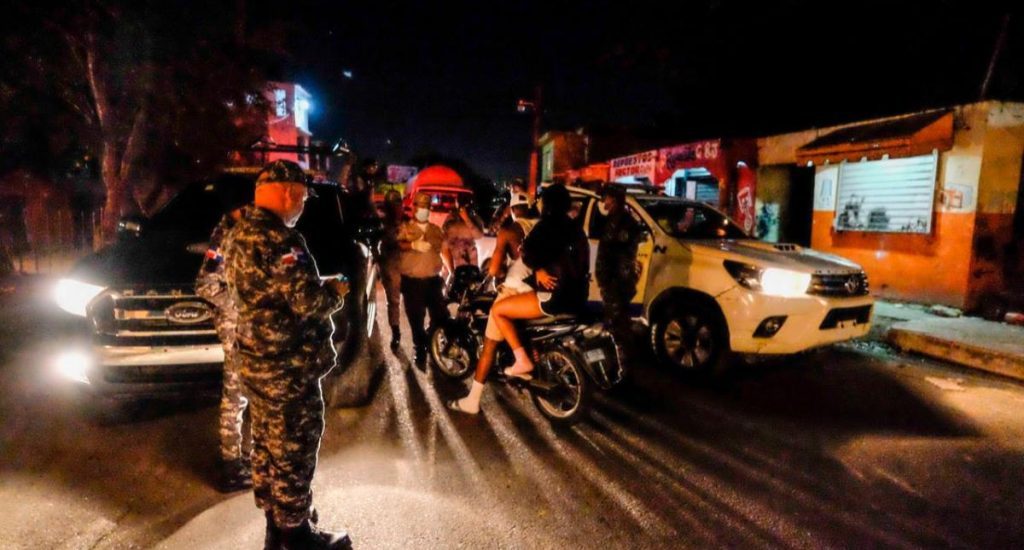 Santo Domingo.- Enforcing the curfew is an increasingly difficult task for the authorities who have to face rebellious citizens.

Flying chairs and bottles, hurled stones, sucker punches, beatings, among other aggressions are a large part of what police and the military must face daily when they enter the barrios sites of parties and gatherings.

On Sunday in the Espaillat slum, police raided a business that sold alcoholic beverages, sparking a brawl where three men escaped arrest under a hail of rubber bullets.

Diario Libre reports that in the Los Peralejos sector north of the capital, a group of people welcomed police with hurled bottles, which forced the officers to respond with gunfire.