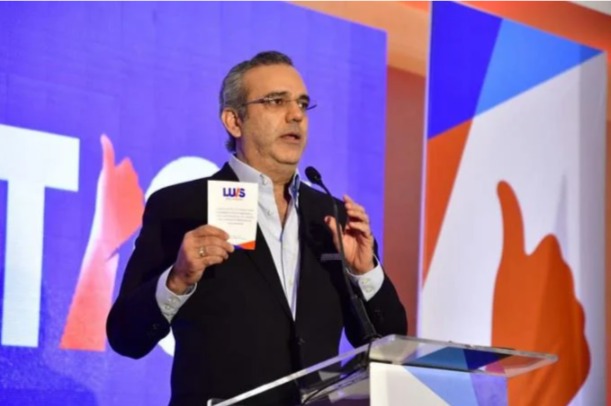 For the suspicion with which taxpayers tend to view politicians’ actions, President Luis Abinader, who has just presented his balance of the first month of government, things have turned out very well when the favorable opinions are taken into account.

Comments favorable to Abinader and his regime abound on radio, television, and social media programs. The public has been lenient to the extreme because no one has criticized his appointing a Cabinet of white people from a black and mulatto population.

In times when Black Lives Matter, even the Vatican, comes close to that belief because it has set aside its propensity to discriminate against people of color in the Episcopate, giving way, as it did in Santo Domingo, to a sign of diversity.

Abinader may be satisfied with his senior officials, many of whom come from the private sector and have been honest people, believing that he will not look bad as happened with former President Medina, judging by his admonition leaked during an assembly on Thursday.

In his message last 16, Mr. Abinader ratified that the Republic’s Attorney General only has to follow obedience to the Constitution, assuming that no one should approach him or the National Palace to intercede for causes.

If that were fulfilled and the officials stuck to making their sworn statement in the time established by the Central Electoral Board, JCE, the country would take a firm step to overcome the days in which the lawyer Polibio Díaz gave orders to the judges.

This Balaguerista custom was followed, although to a much lesser extent, by the propensity of presidents of the Attorney General’s Office, general attorneys, and legal consultants of the Executive Power, to take sides in favor of relatives, friends, or political ties.

Last Wednesday, the cardinal warning of the presidential message was that “he who embezzled public money will not go unpunished.” His notice is presumed to be retroactive, under the power of judges, because there are many cases of corruption from past governments.

The Covid-19 epidemic has overwhelmed the country, the previous Medina regime, and the present Abinader regime. Without this pandemic, the situation would be very bearable for the new ruler since the economy’s growth was projected at 5% by the end of the year.

Despite the crisis that ensued, Abinader promised that a new health plan would increase tests against the pandemic, hire 1,000 unemployed doctors and enable public laboratories and authorize private ones for studies.

One of the difficult problems to face is the restarting of the school year for which, said President Abinader, 40,000 million pesos would be allocated “so that all the young people of the Dominican Republic do not lose a single opportunity in their future.”

The management of the school reopening has not been free of fears and suspicions, primarily due to the belief that many teachers will not know how to direct non-face-to-face classes since they do not have the minimum knowledge of online technology.

The issue of face-to-face teaching caused the mayor of New York, Bill De Blasio, to postpone classes for October days ago because schools were not prepared and for fear that COVID-19 would reappear among students and families.

Roberto Fulcar, Minister of Education, apparently has wanted things to go very well. He has delivered the computers through which the classes will be taught, and he hopes that next year he will be able to reap the fruits that thanks to his intelligence, the plan worked. Behind the efforts, there is also a political vision. For politicians, the ministry would be a source of power to reach the National Palace, as happened exceptionally with Dr. Balaguer. Others see that this ministry and its buildings are a source of income.

It might have been better for the system to hold contests to choose 18 regional directors and 122 district directors. The Dominican Association of Teachers, ADP, accuses former minister Andrés Navarro of using the issue.

Navarro, one who came to the Medina government from the base to the Foreign Ministry, a position perhaps very high for his curriculum, went to the Ministry of Education and there, without discretion, he formed cells that would support his candidacy for the presidency of the PLD in case Medina did not attend.

The bonds will help

President Abinader ordered the placement of US $ 3.8 billion in sovereign bonds to revitalize the economy and address the commitments acquired by the administration during 2020, which include the social assistance programs.

The agreement of the hard currency bonds was announced by the Minister of Finance, Jochi Vicente, who considered the step a success, a figure never recorded in the history of the country and the highest ever made by any country in Latin America and the Caribbean.

Abinader is benefiting from the country’s good reputation, which has seen formidable growth in recent years, according to the Central Bank and international financing organizations. It also helps political stability after the elections.

The new president has had the help of the measures taken by the Central Bank since before his inauguration to put in conditions to the financial sectors to favor credit to consumers for housing, agriculture, and consumption.

Since the beginning of the pandemic, the Central Bank has favored private credit in national currency for more than RD $ 40,000 million, acting proactively, which has been reflected in reducing 150 basis points in the monetary policy rate since March. Giving the value that Social Security has for workers, Abinader reiterated what was established in his government program regarding the affiliation of 2 million people from impoverished sectors, which began at the end of August in Villas Agricolas.

However, the Abinader government is haunted by many troubled river fishermen.

Almost every sector in the country wants subsidies for losses from the pandemic, although supermarkets and pharmacies have seen their profits skyrocket.

In a meeting held by the president on Thursday with the Association of Industries of the Dominican Republic, they presented him with a proposal so that the private sector can access the use of pension funds to promote product development.

It would be difficult for the Abinader regime to comply with the industrialists’ request since the pension funds are not owned by the government but by the workers. A campaign carried out this year by deputy Pedro Botello, from La Romana, calls for the advance of 30% of the accumulated funds so that the labor sector faces the pandemic.