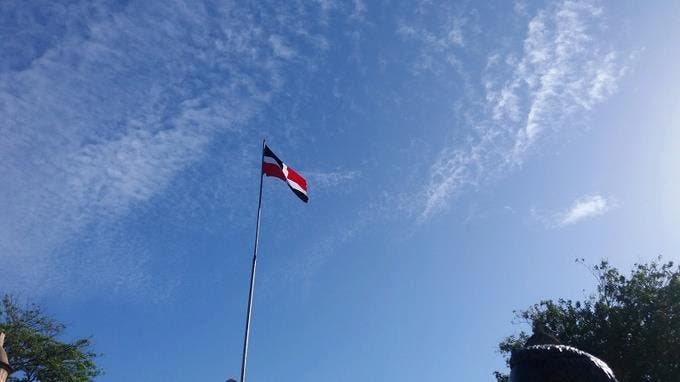 SANTO DOMINGO. The National Meteorology Office (ONAMET) predicted an environment of scattered clouds and scarce rainfall due to an atmosphere with limited moisture content today.

However, at the end of the afternoon, the presence of a trough at various levels of the troposphere and the diurnal warming cycle will be generating cloudy with scattered showers and occasional thunderstorms towards some localities of the southwest regions, the eastern plain, as well as, the border area and mountain systems.

ONAMET maintains the recommendation to operators of fragile, small, and medium-sized vessels to remain in port from Cabo Engaño (La Altagracia) to Luperón (Puerto Plata), due to abnormal swell between 7 to 9 feet high, being higher offshore. Likewise, bathers should use the beaches with caution and follow the guidelines of civil defense organizations.

This coming Monday, the meteorological environment will be characterized by scarce rains in the morning hours with cloud increases in the afternoon, followed by scattered showers and thunderstorms distanced towards the slopes: northwest, north, the central mountain range, and the border area; as a result of the presence of a trough and the local effects of diurnal and orographic warming.

ONAMET monitors Tropical Storm Wilfred, located about 1,930 kilometers west of the Cape Verde Islands, with maximum sustained winds of 65 kph and is moving west/northwest at 26 kph.

Also, two areas of downpours and thunderstorms are monitored, the first associated with the post-tropical cyclone Paulette located south of the Azores, with a 60% probability of being a tropical cyclone in 48 hours, and the second, east of Florida, with 10%. These phenomena do not represent a danger for the Dominican Republic.