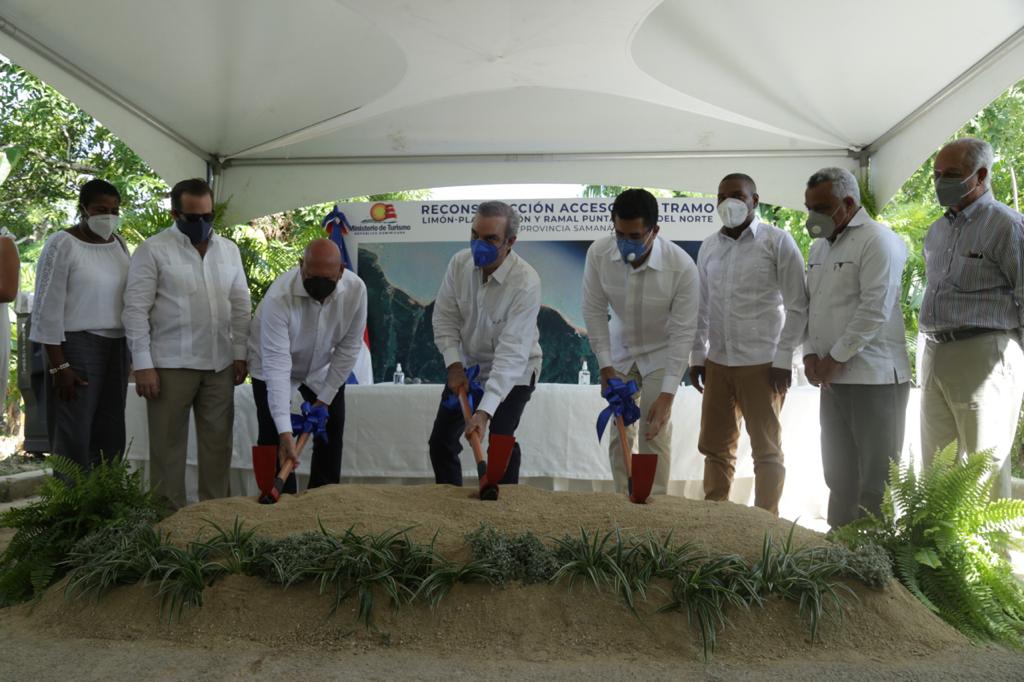 Samaná.- During his visit to this province, President Luis Abinader stated that this Government is committed to a comprehensive development of tourism and the generation of jobs, which are essential aspects of its management.

In this context, the head of state gave the first allocation to the construction of 5.8 kilometers of highway, with an investment of 121 million pesos. The work will make different viable points of the community, benefiting both the population and tourism.

The president emphasized transparency and honesty with which the state’s resources are managed. He explained that the time has come for Samaná and all its assets for improving the population and tourism while guaranteeing that the thousands of jobs lost with the COVID-19 pandemic will be recovered.

Meanwhile, the Minister of Tourism, David Collado, said that President Abinader has a vision of development, which today is fulfilled with the initiative in favor of that province.

Also present at the event were the Administrative Minister of the Presidency José Ignacio Paliza, Paola Rainieri, president of the Association of Hotels and Tourism of the Dominican Republic (Asonahores); Senator Pedro Catrain; Governor Elsa de León, the Mayor of Samaná, Nelson Núñez; Wellington Arnaud, Director of INAPA and other special guests.