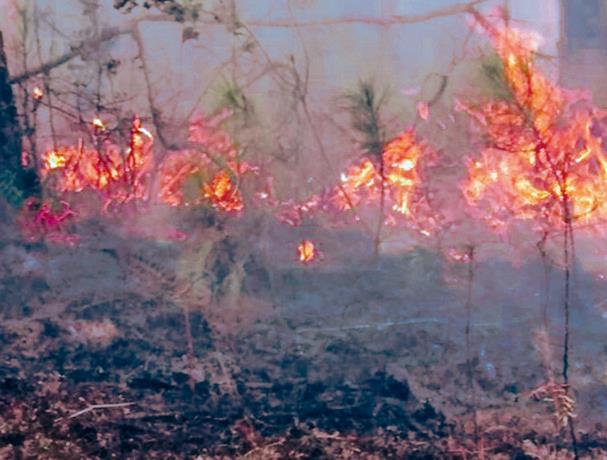 The fire was extinguished yesterday afternoon.

According to information from the authorities of the Fifth Infantry Brigade, the forest fire in the “La Hoz” hill, Polo municipality, of this Barahona province, is fully controlled in the Sierra Bahoruco of the Dominican Republic Army.

Extinguishing the fire that consumed dozens of pine trees and other species was possible thanks to the participation of some 85 people belonging to the Army of the Dominican Republic (ERD), the Ministry of the Environment, the Ministry of Public Works and Communications, among other institutions.

According to commissioners by Brigadier General Pedro Pablo Hurtado Cabreja, commander of the ERD’s Fifth Infantry Brigade, they stated that to put out the fire, the Humanitarian Rescue Unit (UHR) and members of the 14th Infantry Brigade had to be dispatched. Also, fire mitigation brigades from the Ministry of the Environment from San Juan, Pedernales, Jarabacoa, La Vega and Puerto Escondido, municipality of Duvergé, Independencia province.

Gerónimo Abreu, in charge of the Environment fire program, said that the fire is one hundred percent controlled, leaving only stumps yet to be eliminated.