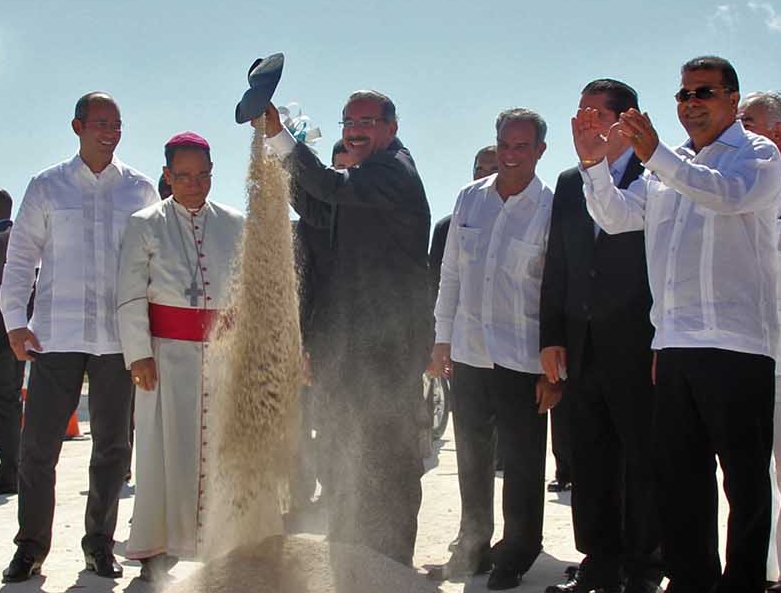 By Transparency Venezuela and CONNECTAS

Santo Domingo.- A clan of Venezuelan business leaders, who in the past were privileged public contractors during the administrations of Hugo Chávez and Nicolás Maduro, sneaked within the traditional families of the Dominican Republic that control the tourism business in that country to promote a US$100 million project in one of the Caribbean’s golden destinations: Punta Cana, where the luxury hotel and resort industry attracts more than three million tourists each year.

The development promoted by former contractors linked to Chavez collaborators has about 150,000 square meters that include corporate, residential, hotel spaces, nightclubs, restaurants, shops, gas station, an artificial lake and even a dolphin attraction.

It has been baptized with a name that seeks to add a cosmopolitan nuance to a brand: Downtown Punta Cana. It is located in an area that connects the area with Bávaro, another of the major Dominican resorts, on the edge of a highway in an area that the locals call Cruce del Coco Loco.

While Venezuela was mired in uncertainty and prepared in 2013 for the death of Chávez and the rise to power of Maduro, Luis Francis, on the other hand, frothed his hands before delivering his great blow in the Caribbean. The former contractor for Petróleos de Venezuela (PDVSA), the state corporation that was once one of the largest companies in the world, presented itself that year as the visible face of the group developing the tourism project.

He even flanked the Dominican President Danilo Medina in the groundbreaking ceremony that started the construction of Downtown Punta Cana.