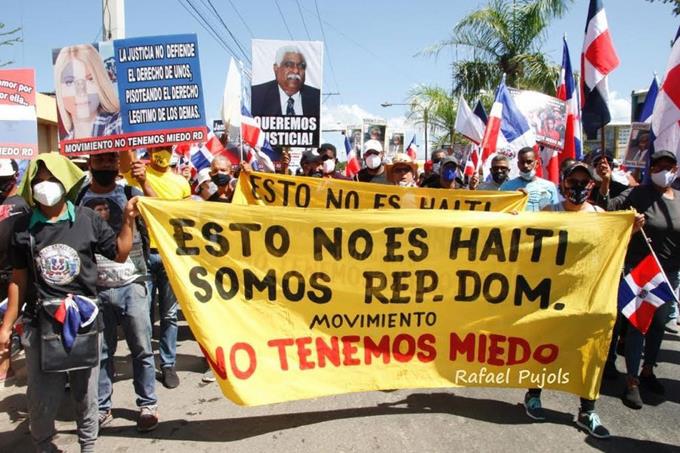 Mao, Dominican Republic.- Hundreds of people from different parts of the Valverde province together with representatives of social organizations, marched Sun. to demand that the authorities take immediate action to stop the influx of Haitians across the border, from Pedernales in the south to Dajabón in the north.

The protesters also demand justice for the Aug. 16 death of farmer and lawyer Oberto Gómez Gil, 61, on which two Haitian immigrants are identified, one of them a fugitive.

Protest spokesmen Renso Pujols, said it was “grim” to read the Listín Diario report about the trafficking of illegal Haitians across the border.

The protesters complain that many Haitians who have settled in the area have committed murder against Dominicans and other crimes, but almost always go unpunished because they escape.