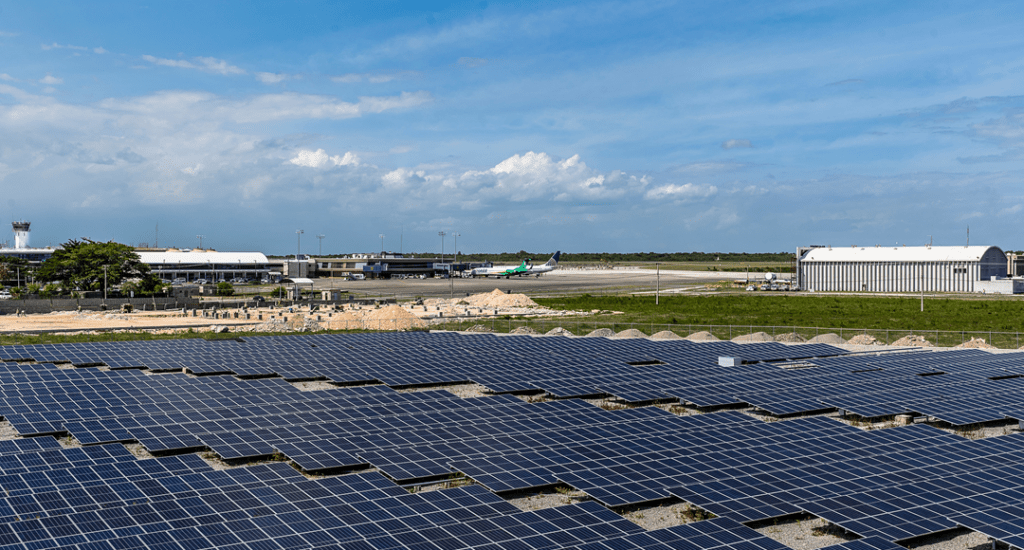 SANTO DOMINGO.- Dominican Airports Siglo XXI (AERODOM), a subsidiary of VINCI Airports, expanded the photovoltaic power generation parks at the José Francisco Peña Gómez International Airport of Las Américas. This initiative is in line with the strategy developed by VINCI Airports throughout its network to reduce its carbon footprint, promote renewable energies, and protect the environment.

Thanks to the solar parks installed, a total of 10,500 tons of CO₂ is avoided each year, which is equivalent to approximately 875,000 gallons of fuel.

Mónika Infante Henríquez, general director of AERODOM, said: “We are very pleased with this achievement of our airport group and the Dominican Republic, which can proudly show its commitment to maintaining an environmentally sustainable and responsible airport administration.”

This project is part of the “AirPact” strategy of the parent company VINCI Airports, which establishes vital objectives for environmental protection and sustainability for 2020, such as a 20% reduction in the carbon footprint compared to 2013, protection of biodiversity, obtaining of the ISO 14001 certification and the obtaining of the carbon emissions accreditation of all the airports in the network.

The installation of photovoltaic generation parks is an important initiative carried out by AERODOM as part of its commitment to protecting the environment.

AERODOM is currently one of the companies with the highest solar power generation capacity, with 6.8MW installed in the six airports.