More than 100 Haitians are arrested in operations 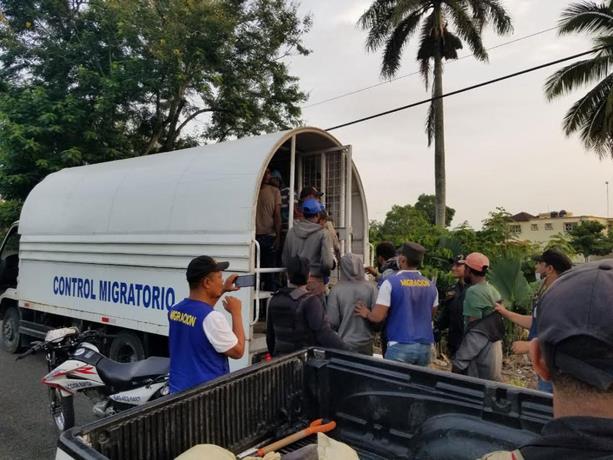 The Migration Directorate warned yesterday that it will intensify operations against illegal residents in the country.

The director-general of Migration, Enrique García, declared that in the last 24 hours, inspectors of the agency had arrested more than one hundred Haitian citizens in sectors of Greater Santo Domingo, who did not carry any type of document to remain in the Dominican Republic.

García lamented at the same time the increase in criminal cases in which Haitians have been involved in the Dominican Republic in recent times.

The official indicated that the more than one hundred arrested in operations carried out by migration inspectors in sectors of Greater Santo Domingo would be purged, and those who are in illegal conditions will be repatriated to Haiti in the next few hours.

“They are being held in the Haina Vacations, where they are complying with the corresponding protocol and the rigorous purifications. And those who do not have their documentation up to date or any work permit will be repatriated to their country, he assured.

“Undoubtedly, in recent times the crime of Haitian nationals in the country has increased,” said García, after recalling that when he was in charge of the Justice Reform Directorate, few Haitians were imprisoned in Dominican jails.

He noted that, unfortunately, this has changed and that the criminal acts in which Haitians are involved in the Dominican Republic have increased considerably.

García argued that it appears that many criminal Haitians have irregularly moved to the national territory to commit various criminal acts.

This week undocumented Haitians were implicated in a minor’s death in the municipality of Vallejuelo, San Juan de la Maguana, after running over him with a motorcycle. These individuals, minutes earlier, had stripped a Dominican soldier in that community of his regulation weapon.

In a meeting with journalists, the official said that the operations against Haitians and other nationalities would continue. Those who reside in the country illegally will be detained and repatriated to their countries of origin.

García said that he met with the director of the Police, Major General Edward Sánchez, who revealed the efforts to lower crime levels, from which Haitians are not escaping.

He indicated that Migration would enforce the law, the regulations, and the Constitution, respecting human rights.