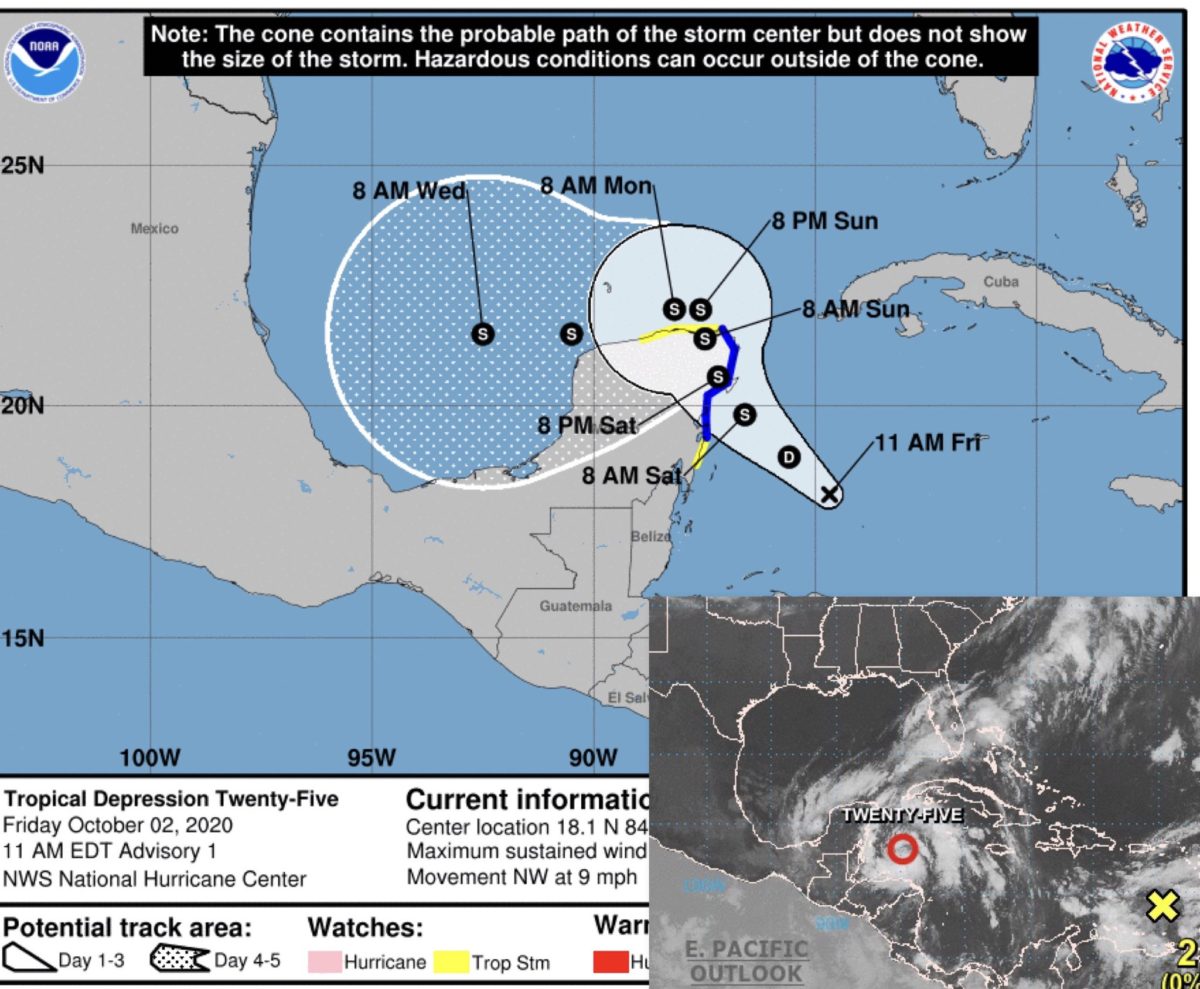 Miami – Tropical depression 25 was formed this past Monday in the southwest of the Caribbean with maximum sustained winds of 55 kilometers per hour (34 mph) that will strengthen in the next few hours until it becomes a tropical storm on Saturday near the Yucatan coast (Mexico).

The NHC expects the depression to gradually turn to the north-northwest with a slowdown in translation speed in the coming days.

The trajectory pattern indicates that the center of the depression will be near northeastern Yucatán on Saturday.

This system’s rains will reach the Yucatan peninsula and western Cuba, and an isolated area of ​​rainfall in the Mexican states of Campeche, Tabasco, and northern Chiapas.

It will also rain, with less intensity, in the Bay Islands, in Honduras. The last-named storm this season was Beta, which made landfall on September 21 in Texas.

With two months to go until the end of the 2020 hurricane season (November 30), 23 named storms have formed, lending credence to the “extremely active” 2020 season forecast by the National Oceans and Atmosphere Administration (NOAA/USA).