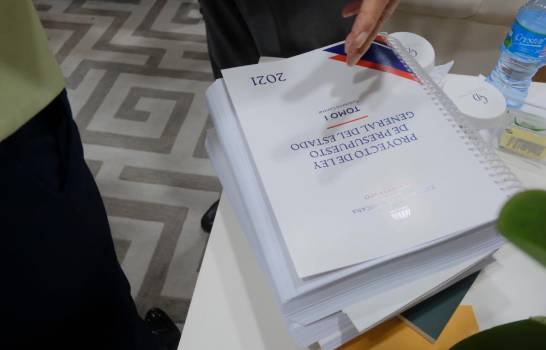 The exception will be “those wages that are within the exempt minimum” to apply Income Tax.

Next year, the government plans to nullify the income tax exemption from the Christmas salary raised in article 222 of the Labor Code.

“During the budgetary year 2021, the income tax exemption provided in Article 222 of the Dominican Republic Labor Code No. 16-92, of May 29, 1992, will be void,” the budget project indicates presented this Thursday night.

The exception will be “those wages that are within the exempt minimum” to apply Income Tax.

The Government submitted on Thursday night in the National Congress the draft of the General Budget of the nation for the year 2021, whose amount amounts to 1 trillion 37,842.3 million pesos.

The submitted piece, which has a deficit of 3%, indicates that it needs to collect revenues of RD $ 21,676.4 million, for which it is proposed: “to contemplate the income of all salaries,” as well as digital services from abroad, as well as special contributions to mitigate climate change and fight the COVID-19 pandemic.

Regarding “the income of all salaries,” the economist Franklin Vásquez said that what he understands that the Government intends to do is apply income tax to salaries 13 and, even to 14, which so far they are free from that tax.

“What that implies is that there is a salary 13 and a salary 14 given in the institutions that do not charge rent. They are proposing, as I understand it, that income tax is going to be charged to that, and that obviously is going to be a national debate, “he said when asked by Diario Libre.

He added that what is being considered “is to charge income tax to salary 13, to salary 14 which, in any case, is exempt from income tax.”

“Yes, that is that what happens is that that is, how do I tell you? It is not a hoax, but that is a subterfuge that they put it like this, but suppose that all the salaries of the public sector, all the economy’s salaries, private sector salary. So if you put income tax on those who earn those private officials, bankers, who earn a million pesos, you charge income from that. Obviously, the amount of money obtained from there is important, but they will only pay an income. Still, it is the income tax ”, he specified when asked about the term’s economic meaning used by the president.

Salary 14, unlike the Christmas salary (13), is a bonus that is not included in Dominican law but depends on each company or institution.

In the letter in which he submits the budget draft, the President of the Republic, Luis Abinader, explains to the President of the Chamber of Deputies, Alfredo Pacheco, that as a result of the slowdown in the economy caused by COVID-19, the base estimate for revenues it would reach RD $ 628,475.2 million.

“We are talking about a figure below what was collected in 2019, which is why it is necessary to implement a series of policy actions aimed at increasing government revenues, and which are aimed at honestly assessing the value of imported goods ”, He indicated.