Luis Abinader promises to agree on new taxes with society 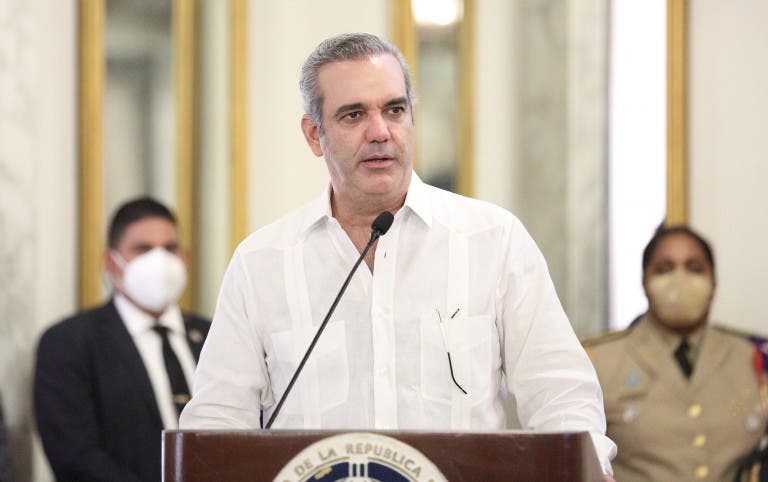 President Luis Abinader reported yesterday that the draft bill for the General State Budget for next year would be agreed with the whole of society, ensuring that nothing will be imposed, as has been its form and style.

“All the taxes that have been proposed will be agreed with the population, and if some have to be eliminated, they will be eliminated, and other sources of income will be sought,” said the president.

The president clarified that all these new taxes would be temporary, since they will only be applied in 2021, and at the end of the year, the government will undertake tax reform.

“As I have said on other occasions, we intend to lower taxes to increase revenues and bases,” he said.

He said that later the real situation of how each ministry was received would be known to the population.

Abinader highlighted the importance of his administration to implement public policies that benefit the entire population, regardless of their economic level.

“The government is concerned about improving the quality of health in the Dominican Republic, and for that, of the ministries that have had an increase, there is Health, to improve the quality of health, to finish more than eleven hospitals that they are started and have not finished, to improve the salary of doctors, nurses, and bioanalysts,” he said.

He also specified that the government seeks to improve citizen security, and that is why within the budget items, an increase in the salary of the police officers is included.

The idea of ​​President Abinader is to promote tax reform in 2021 “that lowers taxes to increase the income” of the national treasury.

He said that with this tax reduction, they intend to increase the tax base. “And I repeat that today because that is our thesis on what future tax reform should look like,” said the president at a press conference this afternoon at the National Palace.

In the next few days, the president promised that they would explain the draft budget deposited in the National Congress.

The president suspended yesterday, provisionally, seven officials for not complying with Law 311-14 to present their affidavit of assets. With this group, add 15 those arrested by decrees.

With decree 534-20, the head of state suspended Anderson Ramón de los Santos, without pay, as president of the presidential Commission for Support to Neighborhood Development in the Eastern region.

Likewise, Daniel Florián Sánchez Mota and Dolores Núñez were suspended as deputy directors of the National Institute of Transit and Land Transportation (Intrant).

This same week Luis Abinader suspended, with Decree 525-20, Faruk Garib Arbaje, Vice Minister of Agriculture; José Miguel Cordero Mora, with the same position in the portfolio as mentioned above; Aníbal Díaz Belliard, operational director of the Presidency; Cecilio Rodríguez Montás, executive director of the Institute for Student Welfare, and Francisco Cantizano Nadal, director of the State ceremony of the Ministry of Foreign Affairs.