No group wants to own call for protest 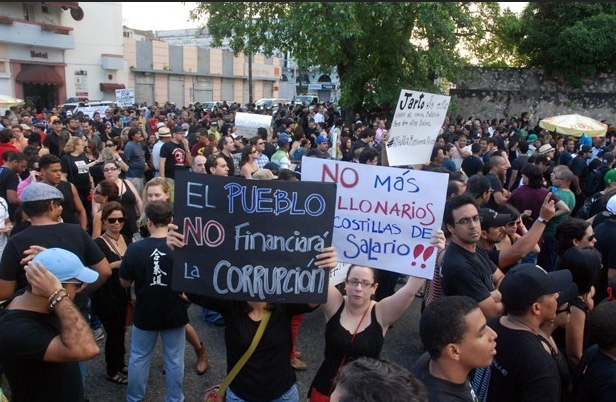 Santo Domingo.- As the date for the protest called in the Plaza de la Bandera against the taxes prosed in the Budget bill approaches, and the voices against the initiative grow, some sectors place distance from the call for demonstration and leads to wonder who is really behind it.

Somos Pueblos on Sunday afternoon clarified that it was not among the organizers of the activity against the Government, scheduled for Monday at 5pm.

“The protest called for tomorrow in the Plaza de la Bandera is not ours. We ignore origin and intention. We totally dissociated ourselves. Our demands are those of society. We are against more taxes and if we have to protest we will do so by calling on our networks,” tweeted @RDSomosPueblo.