Trough and tropical wave will cause downpours 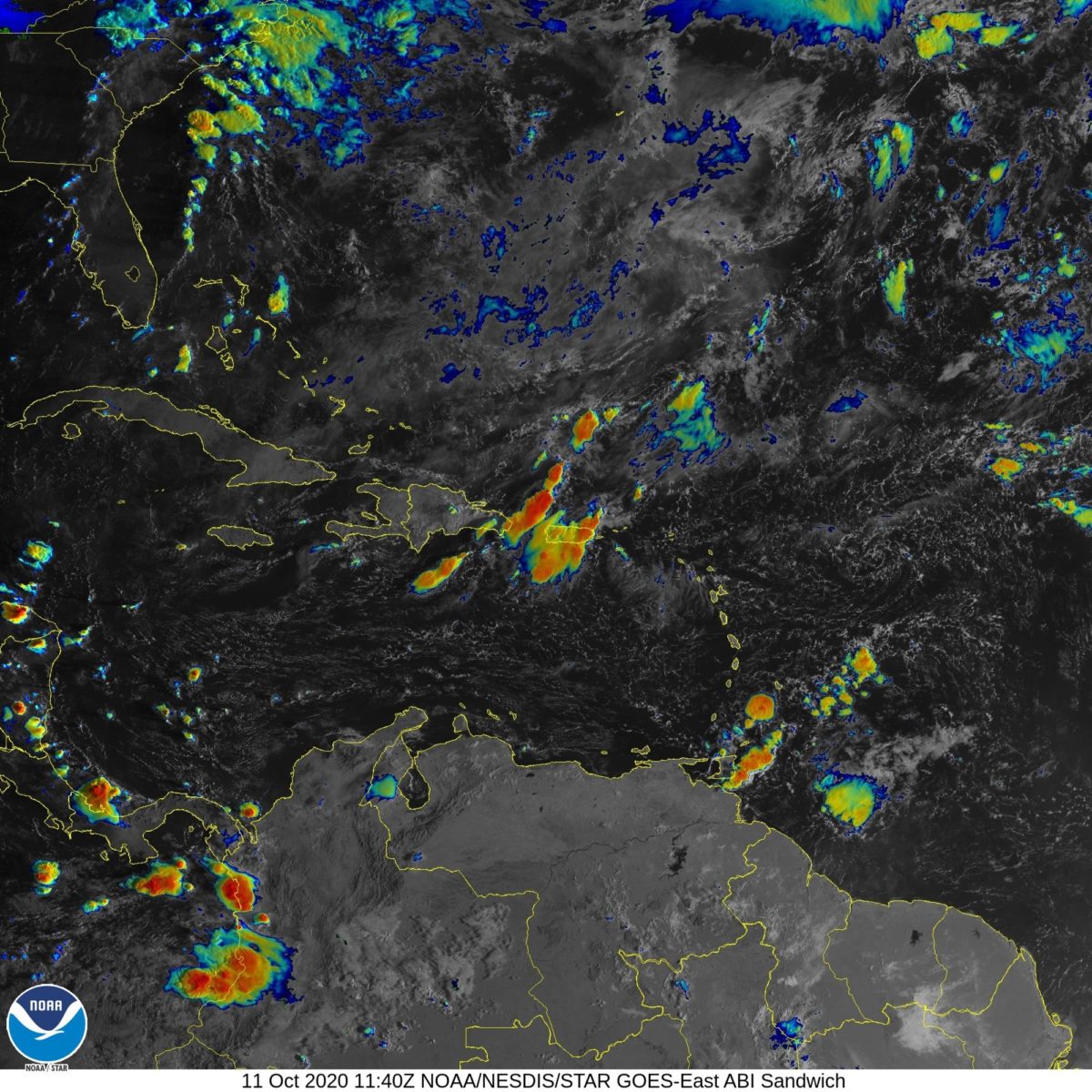 Today : Increase in cloudiness with local showers and isolated thunderstorms towards the east and southeast regions and the Central mountain range.

A moisture band north of Puerto Rico will be generating an east/northeast wind flow causing some morning rain on the Atlantic coast.

This was reported by the National Meteorological Office (ONAMET). “After midday, the instability of the trough and the humidity associated with a tropical wave over the Mona channel will combine with the effects of the daily heating cycle to favor occasional clouds with downpours and thunderstorms towards the northeast, southeast, Central Mountain Range and the northern part of the border area,” Onamet highlighted.

On the other hand, the zone of downpours and disorganized electric storms, associated with a tropical wave over the central tropical Atlantic, distant to the east of the Lesser Antilles, still has a low probability of becoming a tropical storm in the next five days. Due to its position and distance, this weather system does not represent a danger for the Dominican Republic.

Tomorrow Monday the tropical wave will be leaving our forecasting area, leaving good weather conditions in the morning hours, however, the permanence of the moisture band to the northwest of the country will create favorable conditions to cause occasional clouds with scattered downpours and isolated thunderstorms towards the northeast, southeast and the central mountain range, especially in the afternoon hours.