Deputies approve state of emergency for another 45 days 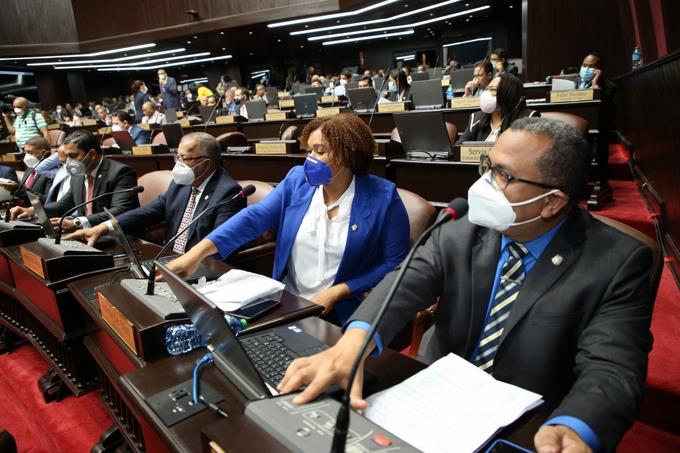 The Chamber of Deputies approved this morning the extension of the state of national emergency for another 45 days, at the President of the Republic’s request, Luis Abinader.

President Luis Abinader asked for the extension of the state of emergency to guarantee “the country’s economic reopening.”

According to the resolution approved this morning by Dominican legislators, the new state of emergency will take effect this October 18.

The piece will now go to the Senate of the Republic for its presentation and possible approval.

Dominicans have been living under a state of emergency since March 18, when the Dominican Liberation Party was in power.

The state of emergency governs the country to control the advance and effects of the coronavirus Covid-19, which has negatively impacted the country’s productive activities.

The draft resolution approved by the deputies was released from the committee and ratified in this morning’s session in the Chamber of Deputies.

The deputies also rejected a modification suggested by legislator Aida Lopez, who asked that the state of emergency only be approved for 30 days, instead of the 45 days requested by President Luis Abinader.

Regarding President Abinader’s request, Representative Gustavo Sanchez, spokesman for the Dominican Liberation Party, the country’s main opposition party, said that this grouping granted its favorable vote, both to release the project to go to committee, and said that they did not intend to make political capital out of an unusual situation like the present one. He said that people’s health is above individual interests, and therefore they would be in favor. He also pointed out that they would not haggle over five or seven days since the technical health personnel should dictate the emergency term.

“The PLD as an organization has seen many of our people leave,” said the deputy, citing names such as Charles Canaan, Pedro Núñez and Antonio Vargas, leaders of that organization who died from the coronavirus.

“Under no circumstances can the LDP bargain with the right to seek a state of emergency to mitigate the effect of the coronavirus. Our LDP block, coherent as always, not only in health issues but also in financial ones, for the LDP the fate of the country has no colors”, he insisted.