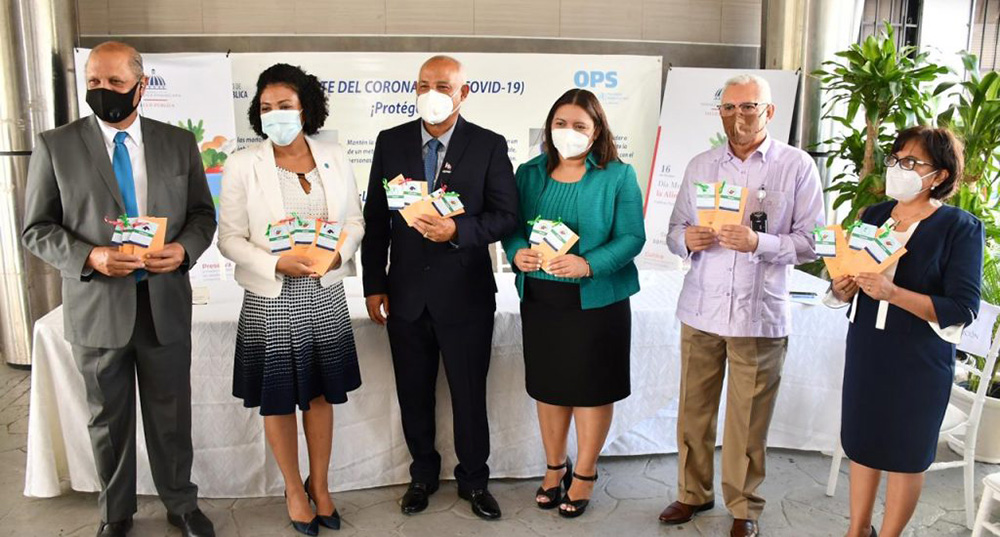 The representative in the country of the United Nations Organization for Food and Agriculture (FAO), Lizzy Solano, warned yesterday that the Dominican Republic could regress in the progress it has had in food due to the effects of the pandemic.

During the ceremony to commemorate “World Food Day” held yesterday at the Public Health headquarters, Solano indicated that the Covid-19 pandemic has revealed the weaknesses and strengths of the countries’ food system, in addition to the threat it poses to the nutritional security of the regions.

Solano detailed that the figures of the report that the FAO raises on the state of food security and nutrition in the world for the year 2020, indicate that, between 2004 and 2016 the country had 19.3 percent of undernourished people, while between the 2017 and 2019 that figure dropped to 5.5 percent. In other words, the reduction in hunger that has occurred in the Dominican Republic was very positive, however, these advances could regress and be almost completely lost due to the impacts of the Covid-19 pandemic.

She pointed out that the economic crisis, reflected in this situation, affects the ability of families to buy food, and that in a short time a greater number of families will be victims or having an impact on their food security and their access to food. “What we could go back on is that the pandemic affects us permanently and that many of those Dominicans who lost their jobs by reducing their income can return to poverty and food insecurity,” she said.

Another important indicator that worries the organization is the number of malnutrition that exists in the country. “We found that 27 percent of Dominicans are obese and continue to trend upward. We are talking about two million Dominicans. It is a figure that we have to pay attention to because obesity is the main cause of health problems such as diabetes and hypertension,” she noted.

Solano stressed that FAO works with the Government, especially with the Ministry of Agriculture and the National Council for Food Security, to establish measures that benefit the population. “FAO highly recommends working with small producers and incorporating technology.”

Lizzy Solano explained that during the pandemic, many people turned to sell their products through social networks, therefore FAO seeks to exploit the use of technology to contribute to sales and sustainability. “In addition, applications can be developed where a person can sell their products without having to go to a market. We are supporting the Government to define measures to prevent people from losing their income,” she said.