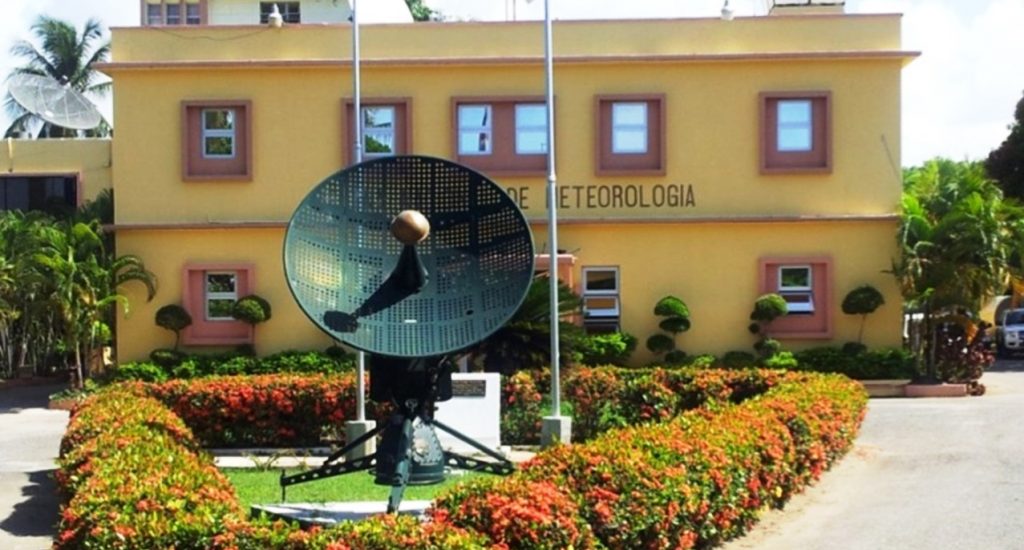 The National Office of Meteorology (ONAMET) reported today that the moisture band has left our forecast area, giving way to the incidence of a mass of air with lower humidity content, which will decrease the chances of significant rainfall on Dominican territory.

Nevertheless, the east winds that transport cloudiness towards the Dominican territory will afternoon cloud increases with dispersed and isolated thundershowers towards the northeast, southeast, Central mountain range, and the Greater Santo Domingo regions.

Due to the improvement in the current conditions, the entity, discontinues the meteorological alert, before possible sudden floods, or gradual and urban flooding, as well as, overflowing of rivers, streams, and ravines for the following provinces: 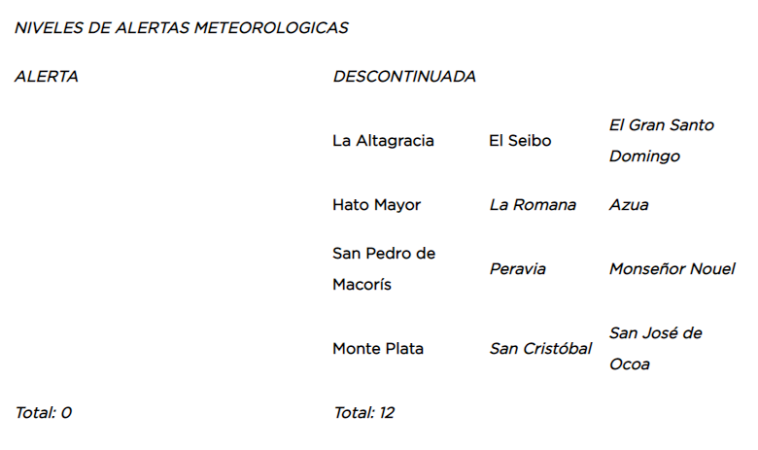 Tomorrow, Monday, the beginning of the workweek, good weather conditions will prevail due to the low humidity content in the air mass over the country. However, the effects associated with the daytime cycle and the wind that transports clouds will be causing some clouds with weak showers towards the northeast region, the Central Mountain Range, and Greater Santo Domingo mainly in the afternoon.

ONAMET reports a low-pressure area with non-tropical characteristics presenting an 80% probability of becoming a cyclone for the next 48 hours, located about 800 kilometers east/southeast of the island of Bermuda.

Because of its position, distance, and displacement. It does not represent a danger for the Dominican Republic