Tropical Storm Epsilon forms in the center of the Atlantic 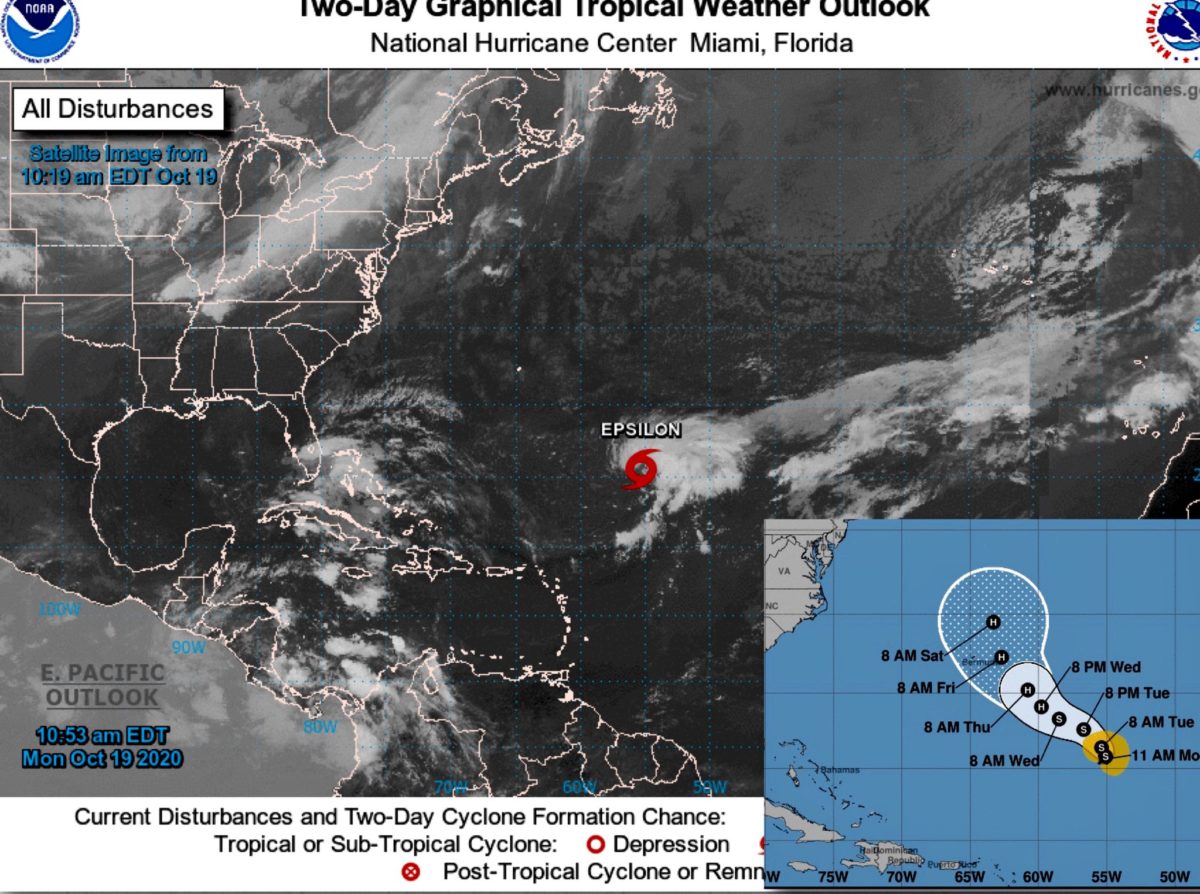 The storm had maximum sustained winds of nearly 40 miles per hour (65 kilometers per hour).

Further strengthening is expected, and by Thursday, it will be close to or have the force of a hurricane, the U.S. National Hurricane Center said.

There have been so many storms this season that the Hurricane Center has turned to the Greek alphabet to name them after exhausting this year’s list of official names.