10 years in prison and no estate: the consequences for Kimberly if she does not prove the origin of her assets 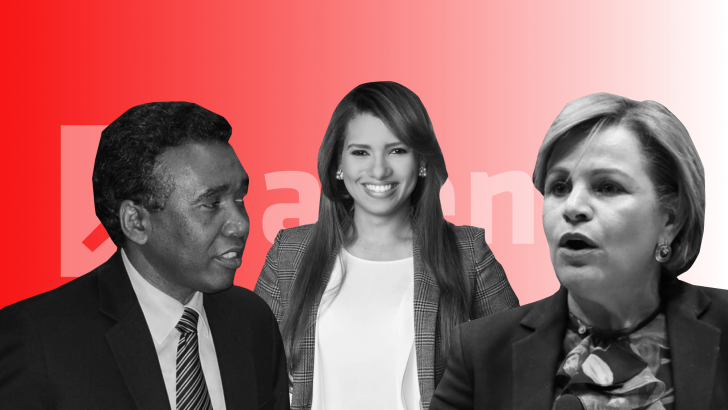 SANTO DOMINGO-. The scandal that the journalist Nuria Piera uncovered when investigating the affidavit of assets of the Minister of Youth, Kimberly Taveras, could end with ten years in prison, and without assets, the worst case.

The official Taveras, now suspended, is summoned for this Friday in the Attorney General’s Office. Like her, this week, the former deputy Lucía Medina and the senator for San Juan, Félix Bautista, will also be questioned to explain the origin of their heritage.

Law 311-14 on Affidavit of Assets, in its articles 16 and 17, explains that officials are obliged to prove the lawful origin of their assets obtained during the exercise of the position and that, if it is not confirmed, “the competent authority can act in seeking justice and promote the confiscation of unproven assets.” What an official cannot account for would end up in the hands of the State.

“The assets that are demonstrated constitute illicit enrichment in favor of the public official or their relatives up to the fourth degree of consanguinity or related … It becomes the property of the State,” explains the regulations. Of course, these assets must have been confiscated and passed to the State, by the rendering of a judge. The “fourth degree of consanguinity” includes parents, children, siblings, grandparents, grandchildren, uncles, nephews, and cousins.

In article 18, the same Law 311-14 explains that the sanctions for illicit enrichment are punishable by four to 10 years in prison, a fine equivalent to twice the amount of the increase, and the disqualification from holding public functions for 10 years, which are counted from the date of prison release.

The Chamber of Accounts is the institution in charge of materializing this Law on Sworn Declaration of Assets, approved in 2014 when Danilo Medina was exhausting his first presidential term. And the Public Ministry is the body that opens an investigation “for the presumption of illicit enrichment.”

The law also punishes with one to two years in prison and 20 to 40 minimum wages of the Central Government, the falsification of data included in the heritage document.

“The Public Ministry has been following up on the issue of affidavits, whether it is about outgoing and incoming officials and cases that are ignored. We have been summoning some of these officials to inquire about their assets or the reasons why they have not submitted their affidavit, ”  Wilson Camacho, the deputy attorney of the Special Prosecutor for the Persecution of Administrative Corruption (PEPCA), recently declared.

Camacho scheduled the Chamber of Deputies Lucía Medina’s former president for tomorrow, Wednesday, for Thursday, the senator for San Juan de la Maguana, Félix Bautista. This Friday, the Minister of Youth, Kimberly Taveras. All three must explain their affidavit of assets.