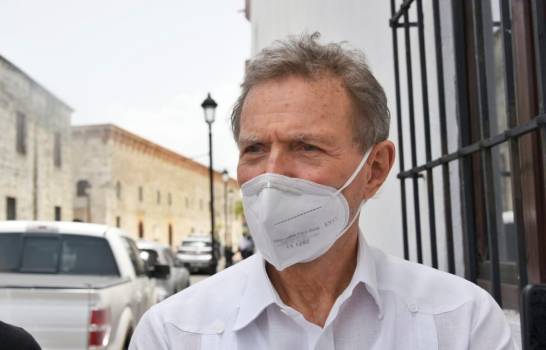 The Minister of Foreign Relations of the Dominican Republic, Roberto Álvarez.

The Minister of Foreign Affairs of the Dominican Republic, Roberto Álvarez, clarified that in the meetings they hold with Haitian authorities, both nations’ territorial limits are not discussed, as published by a media outlet in that country.

Álvarez explains that territorial spaces between the two nations “were established in the Dominican-Haitian Border Treaty of 1929, the border agreement of 1935 and the Border Review Protocol of 1936” and that those limits “are determining, immovable and non-negotiable.”

In two messages published on his Twitter account, the official says that “the sole purpose of the meeting between the Dominican and Haitian authorities at the border on October 21 was to determine the trajectory of the dividing line between registers 239, 240 and 241, as well as the location of the 251 registers.”

The clarification was made after the newspaper Rezo Nodwes announced that someone special was sent from Haiti to the Dominican Republic “to discuss the possible delimitation of the Dominican-Haitian border.”