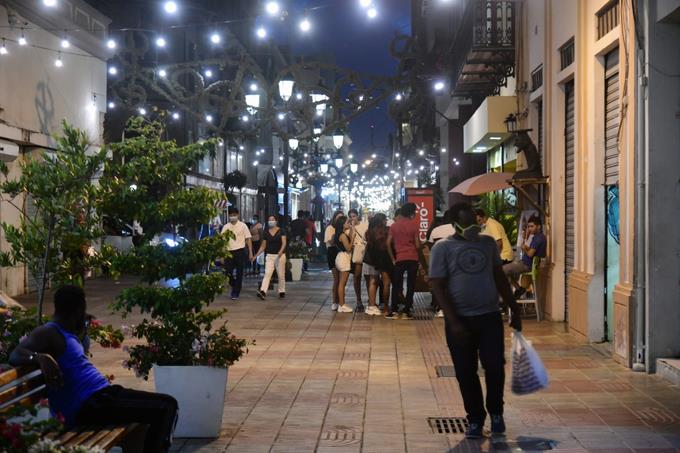 WEEKENDS ARE PEDESTRIAN SATURDAYS AND SUNDAYS THROUGHOUT OCTOBER

Children on bicycles, young people walking, families in restaurants, and the animal walk filled the Colonial City with life on the second consecutive weekend of the campaign to promote tourism in this capital area.

Since last weekend, the Colonial City has received hundreds of national visitors and tourists who have come to visit its central polygon on foot.

Since 1:00 pm, various families, groups of friends, and couples have gathered in the emblematic First City of America to enjoy its architecture, parks, and historic streets free of vehicular traffic.

Some restaurant employees told this outlet that they received fewer visitors compared to the previous week.

With minutes remaining until curfew, parents were still observed with their children and couples walking their dogs.

Young people were also observed chatting entertainingly while walking along El Conde street and others who shared without any security measure (without a mask and physical distancing).

Ciudad Colonial is the historic part of Santo Domingo and the oldest European-established settlement in the Americas. In 1990, UNESCO declared it World Heritage Site, appraising it as one of the most beautiful old towns in the Caribbean.