DNCD seizes 1,747 packages of alleged cocaine in the Port of Haina Oriental 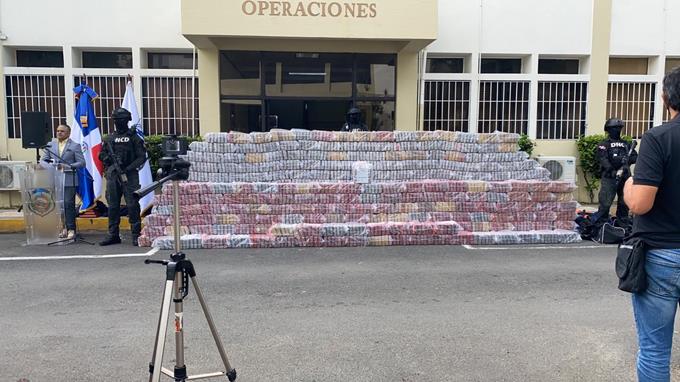 The National Directorate of Drug Control (DNCD), with the support of the Armed Forces, Intelligence agencies and under the coordination of the Public Ministry, seized 1,747 packages presumably cocaine, in the Port of Haina Oriental, in the Santo Domingo Oeste municipality.

The anti-narcotics agents, military personnel and canine units inspected dozens of containers from Colombia, finding in one of them, the amount of 1,747 packages, distributed in dozens of waterproof packages camouflaged with kitchen items. Its final destination, according to the manifesto, would be Rotterdam, The Netherlands (Holland).

The Office of the Attorney General of the Republic and the DNCD have begun an exhaustive investigation into the case and as the process progresses, more details will be offered.