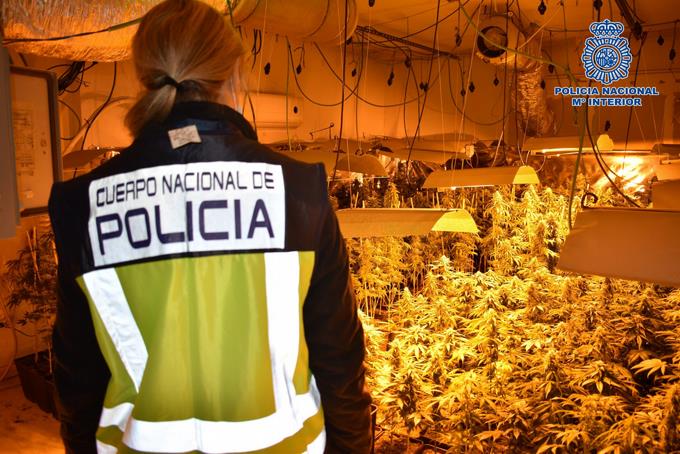 Spain.- Within the framework of “Operation Toro” the National Police of Spain arrested five people of Dominican origin in the towns of Torrejón del Rey and Galapagos, members of a criminal organization dedicated to the cultivation and manufacture of narcotic substances, for their subsequent distribution wholesale, three of them having a police record for the same reasons.

In a press release, the Police reported that the investigation began last July, when the head of the organization was detected just as he was about to meet with another person under investigation for events of the same nature, with whom he would be negotiating the possible purchase and sale of a consignment of narcotic substances, being as a result of this moment, when the two homes used as an ‘indoor’ plantation were located.

Following a court order, the National Police carried out the searches in the two single-family homes, intervening in one of them a total of 1,423 marijuana plants ready to harvest and in the second home, 488 marijuana plants were seized, 1.5 kg of buds of the same substance and 900 grams of chopped leaf, all prepared for marketing.

During the searches, a multitude of products were also seized for the development of the crop, also locating the tools for their subsequent processing, preparation and distribution, such as shredders, vacuum packers or scales for large weights.

The organization also had a banknote counting machine and 3,700 euros in cash.