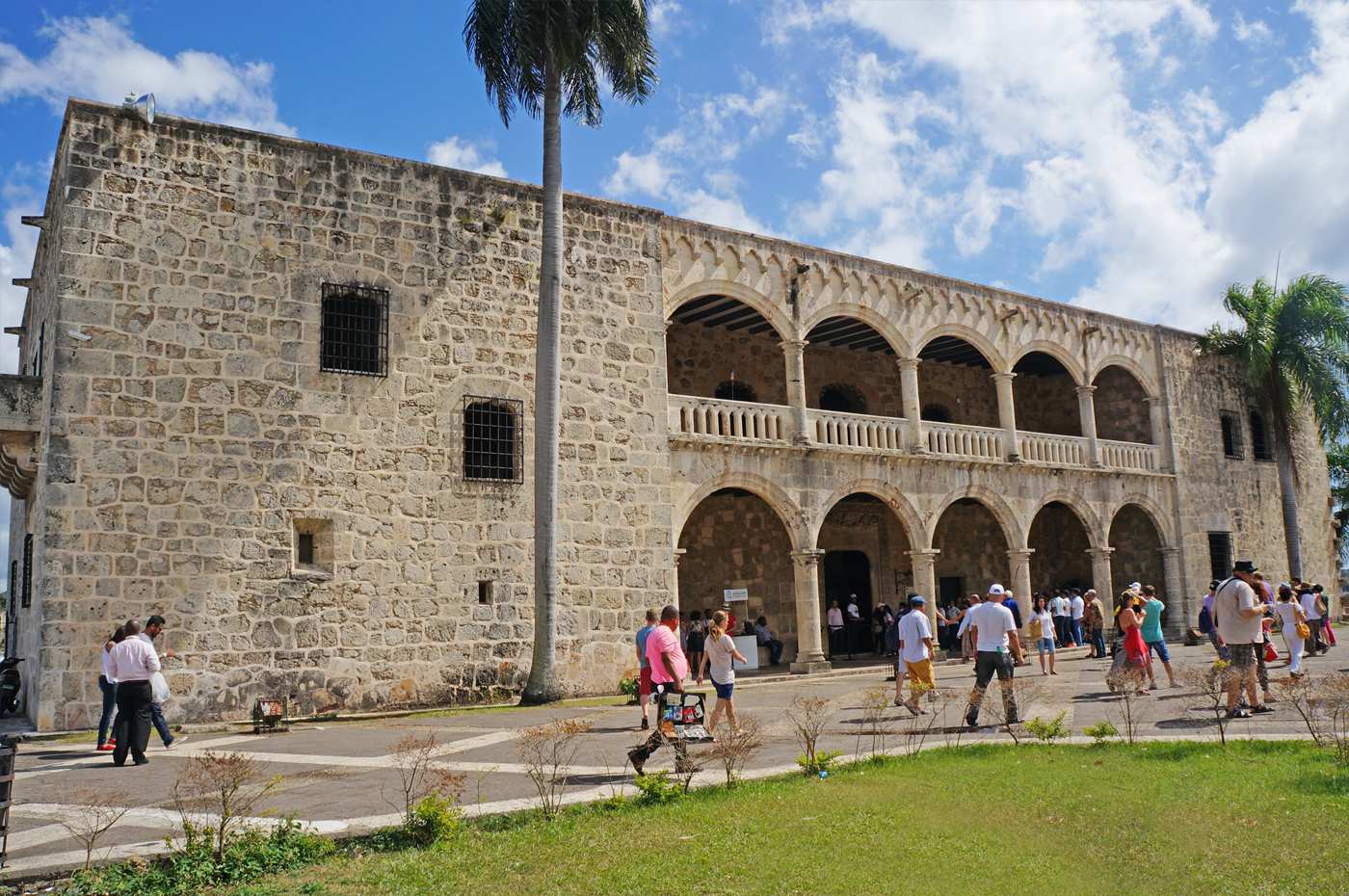 Despite the gray panorama of clouds caused by the trough that affects the Dominican territory, this Saturday, the historic Colonial City was visited by a representative number of people like any other weekend.

However, according to what was verified during a tour carried out by journalists from Listín Diario, businesses report economic losses.

Before the Covid-19 pandemic, the Colonial City received hundreds of people of all ages and nationalities every weekend.

Entire families walked through its old streets, tourists enjoyed its charms and museums, while friends and couples took advantage of restaurants and bars to share special occasions. All with the same goal: to have a good time away from home.

The number of visitors has decreased since the measures to prevent the spread of the coronavirus began, which considerably affects the shops in the place.

In the busy El Conde street, closed restaurants were observed that previously overflowed with the number of people who attended them.

In the City Hall vicinity, an ice cream dispenser was seen with a family waiting for their desserts. Elizabeth, who sells them, said that the pandemic had hit them in such a way that the owners of the place that also had to close a restaurant and started “La Casita del Soft” (the name that they gave to the ice cream machine), leaving only her in the space.

Dino, manager of an even larger space that houses a pizzeria, attributed the drop in income to tourists’ absence. However, several tables of the place could be observed with the presence of foreign visitors.

As curfew hours have been shortened in the past two months, the number of people visiting this iconic area of ​​Santo Domingo has increased.

To motivate the visits, the mayor’s office established the central polygon of Colonial City as a pedestrian zone during October. Since February 17, the perimeter was only walked on foot from 1:00 pm to 5:00 pm every Saturday and Sunday.

Most popular activities of visitors to the Colonial City

El Conde Peatonal was observed with many passersby, but its commercial premises did not accommodate even a third of the people who walked on the street that leads to Parque Colón.

Groups of friends and families were the main pedestrians that passed through there. The reasons that brought them together in this mall were diverse. Photo sessions, spending time with friends, eating out, walking, and exercising were reasons.

“We were doing a photo session,” commented a group of young people as they shared an ice cream. They, who visited the place regularly before the coronavirus restrictions, expressed that they have observed a decrease in the number of visitors.

They also showed concern for people who are talking without masks while walking.

At the entrance of a building, around eight men were sheltered, of which two played chess while the rest looked on. Every day, except Sundays, they get together to spend time playing this strategy game.

“If someone feels bad, they don’t come,” said one of the group members as a justification when observing that several of the gentlemen had removed their masks.

Also, the player insisted that there are no asymptomatic patients “because how is it possible that something is hurting your lungs, and you don’t feel it.”

Young Cindy Hernández was enjoying an afternoon in a park with her two-year-old daughter for the first time in months. Seeking to change the environment to the little girl, she went out this Saturday afternoon to Parque Colón, where her daughter ran among the pigeons and played with a stuffed dog, while Hernández shared a beer with her mother.

On the Malecón in Santo Domingo

On the other hand, the emblematic Malecón de Santo Domingo was like any other normal weekend. In Miguel de Cervantes Park, in front of Fort San Gil, tables were surrounded by people sharing a singular element in common: alcoholic beverages.

Children on skateboards, dogs being walked by their owners, parents, and children on bicycles, couples chatting in front of the dirty sea due to the image of the Malecón de Santo Domingo adorned this Saturday afternoon. George Washington Avenue jam-packed, with the entire right side, in a west-east direction, full of parked vehicles.

As the minutes passed, the clouds drifted in, and despite the obvious downpour that would fall, increasing numbers of people gathered in the park.