They will extend in 2021 a health and drinking water program that benefits 42,000 families 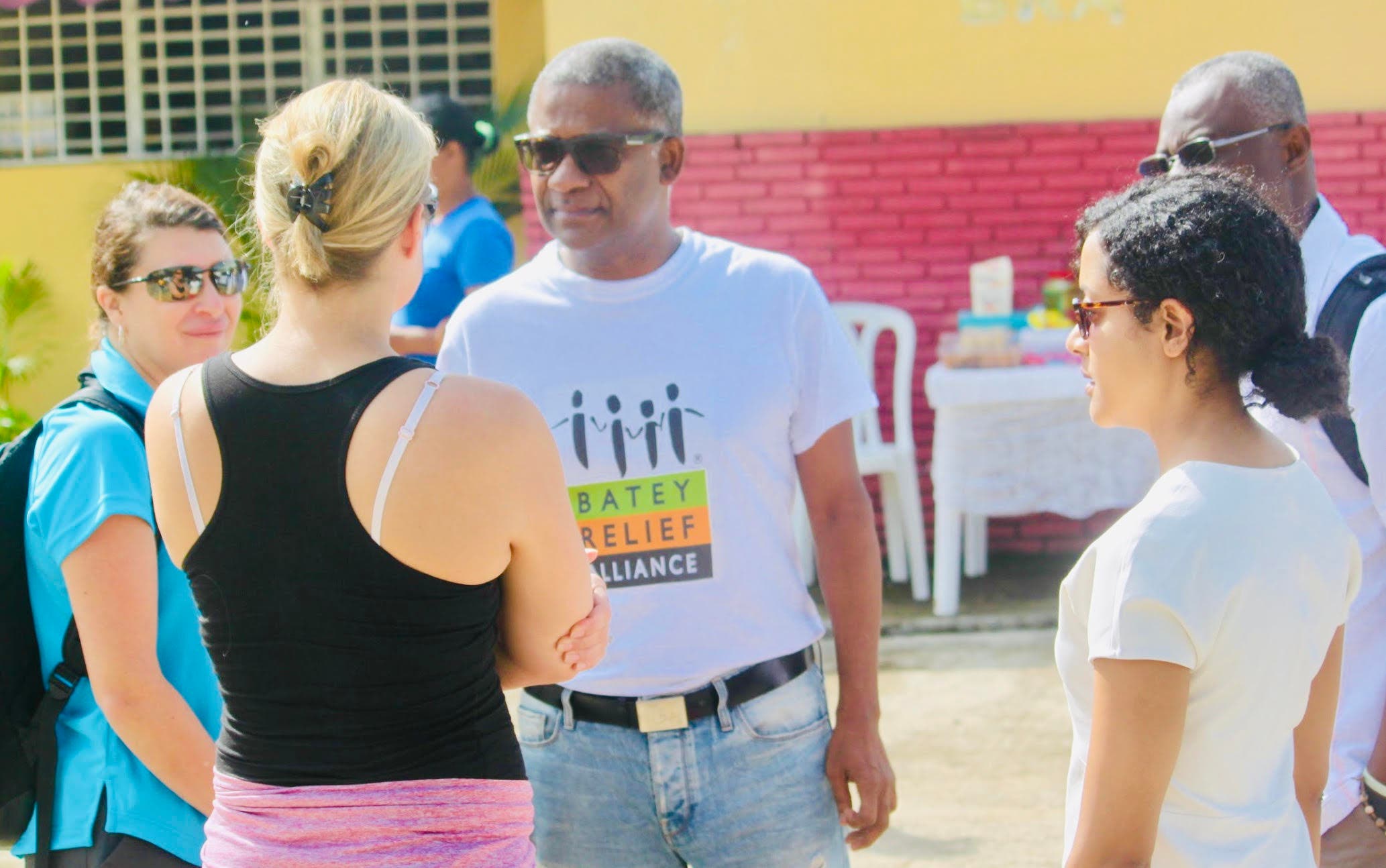 Santo Domingo. – The North American NGO Batey Relief Alliance (BRA) and its counterpart BRA Dominicana reported the extension of the “Clean Water for Children” program, financed by the global company Procter and Gamble (P&G), with an investment of US $ 1.7 million, equivalent to RD 100 million pesos, with the delivery of drinking water, talks on preventive health, training of promoters and other actions to improve the quality of life of some 42 thousand families in rural communities, bateyes, and the border areas.
The president-founder of BRA, Ulrick Gaillard, explained that this project is part of the “Commitment to Action” signed in 2015 by him and Bill Clinton, president of the Clinton Foundation; Secretary Hillary Clinton and Chelsea Clinton, vice president of that organization, to donate 90 million liters of drinking water through P & G’s “Clean Water for Children” program in homes in highly vulnerable areas of the Dominican Republic.
After six years, Gaillard stressed that they exceeded that goal by delivering more than 275 million liters of water in 27.5 million packages of purifiers of that liquid to 82.6 thousand families in the Dominican Republic and Haiti, and Peru, in the framework of the Clinton Global Initiative.
He specified that among the project’s main objectives is to combat water-borne diseases in boys and girls, people living with HIV and AIDS, women, the elderly, and other vulnerable segments. It will help address the prevention of water coronavirus (COVID-19) that, to date, has infected 139,120 people on both sides of the island of La Hispaniola.
Gaillard indicated that by 2021, BRA will extend this program in various rural communities and bateyes in the Monte Plata province and the communes of Anse-a-Pitres in the Southeast region of Haiti and will mobilize more than 400 health promoters and personnel from the field to distribute 4.2 million P&G brand water purifiers, and deliver workshops and talks on water management, sanitation, and hygiene, with an emphasis on educating about hand washing, wearing masks and practicing social distancing.
“This program also contemplates distributing thousands of personal protective equipment to help beneficiaries in both countries to protect themselves against this virus, and our strategic intervention will contribute with the governments of the two nations in their efforts to mitigate the spread of the coronavirus and its impacts. Socio-economic from cross-border contacts between the two peoples,” concluded the president of BRA.
About Batey Relief Alliance (BRA)
It is a non-governmental, non-political and non-profit organization, founded in New York, United States in 1997. Over twenty years, its humanitarian work contributed to the solution of the socioeconomic and health needs of more than 2.5 million children / as and their families severely affected by extreme poverty, disease, and hunger in the Caribbean region, the United States, Peru, Haiti, and the Dominican Republic.
In 2018, the Batey Relief Alliance changed its intervention strategies to “Community development through a holistic platform for empowering women,” with training and microcredits for women and girls, complemented with access to maternal health -children, nutrition, drinking water, primary and HIV care, medicines, multivitamins, and preventive health education.
Batey Relief Alliance is affiliated with the Clinton Global Initiative (CGI) of the Clinton Foundation; It has Special Consultative Status with the United Nations Economic and Social Council (ECOSOC) and is a public, voluntary organization of the United States Agency for International Development (USAID).