COE raises 24 provinces on alert due to trough incidence 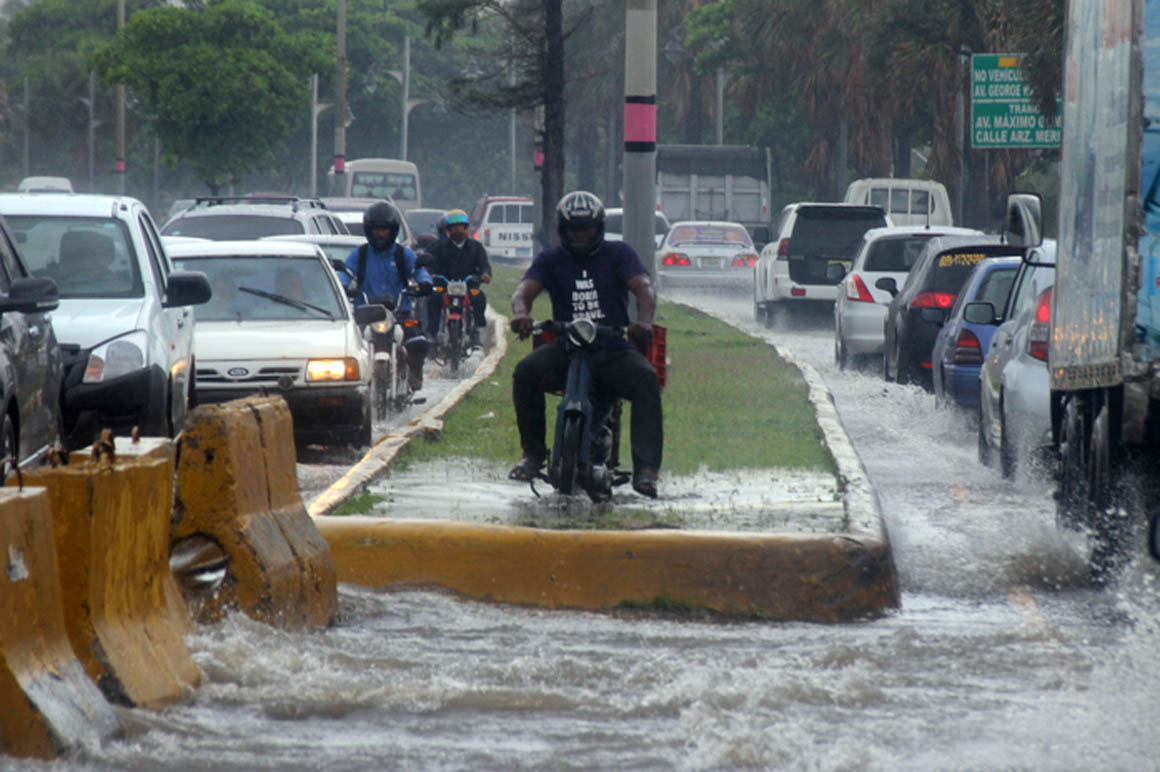 Every time it rains in Santo Domingo, the Malecón lays bare its deficiency in storm drainage. The images captured by the photojournalist Pablo Crispín, show a section of the floods that cause the rains on this important road.Santo Domingo, República Dominicana Foto: Pablo Crispín/Acento.com.do

Santo Domingo, Dominican Republic.- The Emergency Operations Center (COE) increased this Tuesday from 20 to 24 the provinces on alert for rains, six of them in yellow and 18 in green, due to the continuing humidity and instability in the country.

This, as a consequence of the incidence of a trough and the approach of a tropical wave that is located over Puerto Rico, will cause cloudy conditions accompanied by moderate to strong downpours with electrical storms and wind gusts in the next few hours.

On the Atlantic coast, it is advisable to sail with caution from Bahía del Yuna to Cabo Cabrón, without venturing out to sea due to abnormally rough winds and waves.

Due to the rainfall registered in recent days, 26 aqueducts are affected, of which 21 are totally out of service and three are partially hindered, to the detriment of some 256,827 users.

The authorities recommend residents in high-risk areas that live near rivers, streams, and gullies to remain vigilant and take the necessary precautionary measures against possible floods and flash floods.