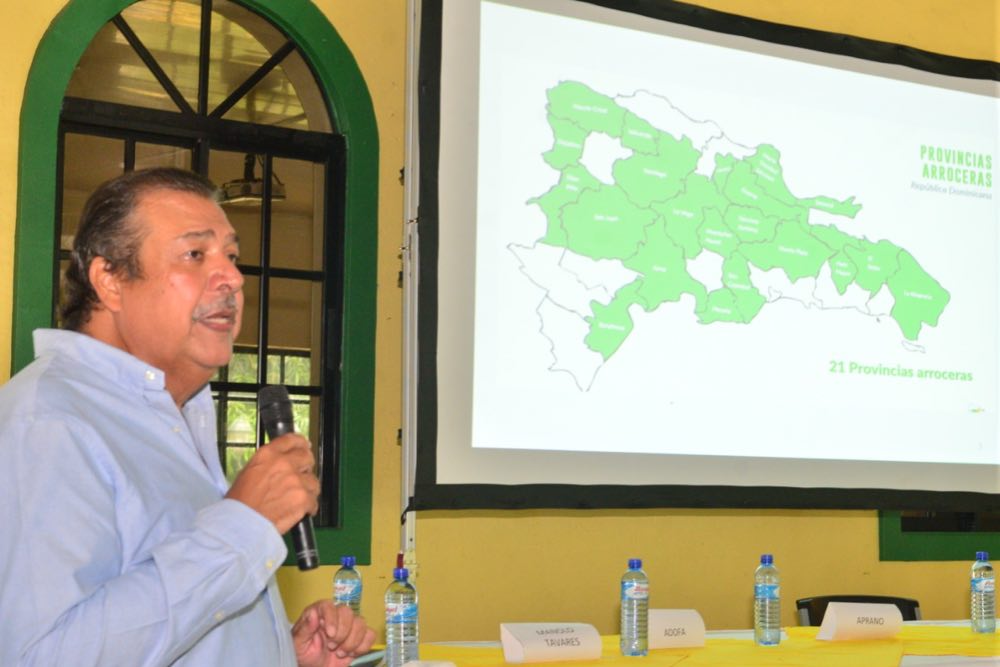 La Vega. The entry into force this year of the tariff dismantling of rice imports from the United States constitutes the worst threat in a hundred years to the national production of this cereal in the country, according to businessmen grouped in this sector.

They say that this measure threatens the survival of 30 thousand producers, 80 thousand direct workers, and thousands of shareholders and employees of the 300 factories or agro-industries that operate in the Dominican Republic.

They explained that the imports of subsidized rice in their countries of origin without paying tariffs would break the national production of one of the main lines of the Dominican agricultural economy in a few months, generating poverty, unemployment, and other serious economic and social consequences.

The warning was made in La Vega by economist Roberto Despradel and the national coordinator of the associations of rice producers and millers, Manolo Tavares Mirabal when he analyzed the issue on Tuesday during a panel organized by the Association of Northeast Rice Producers (APRANO). The activity was led by Juan Luis Jimenez, president of APRANO.

They affirmed that it corresponds to put in front of the claim of review of the tariff dismantling of the rice to the president Luis Abinader, to the minister of Industry and Trade, Victor Bisonó, and to the chancellor Roberto Álvarez. They trusted that the Government will assume this demand since they understand that it is a national and urgent cause.

They pointed out that the threat is explained because the Dominican Republic signed a Free Trade Agreement with the United States and Central America (DR-CAFTA) in 2005, which contemplates a progressive dismantling of the tariffs of agricultural products, which begins to be applied this year until it becomes tax-free by the year 2025.

They pointed out that rice production will be the most affected if this import schedule is maintained. They explained that the United States subsidizes their rice production and therefore it is impossible to compete with them in such unequal conditions.

They also highlighted the importance of rice for the Dominican economy and the need to preserve its economic contributions and its contribution to social stability, which is why it is necessary to seek mechanisms that lead to postponing tariff dismantling while the U.S. subsidizes it.

“Producers, millers, workers, and suppliers of rice inputs have united to face this serious threat, the worst suffered by the sector in over 60 years. But to prevent the long rice production chain from ending in ruin, the support of the highest levels of the government is needed, including President Luis Abinader,” Tavares Mirabal emphasized in a note.

While Despradel explained that the State must request at least an extension of the tariff dismantling of rice imports, as authorized by Article 318 of the DR.

The rice activity not only guarantees food sovereignty in the main ingredient of the Dominican diet, producing more than 14 million quintals per year. In addition, it mobilizes every year about RD$32 billion and prevents the country from having to invest 600 million dollars in imports.