Public transport prices on the rise 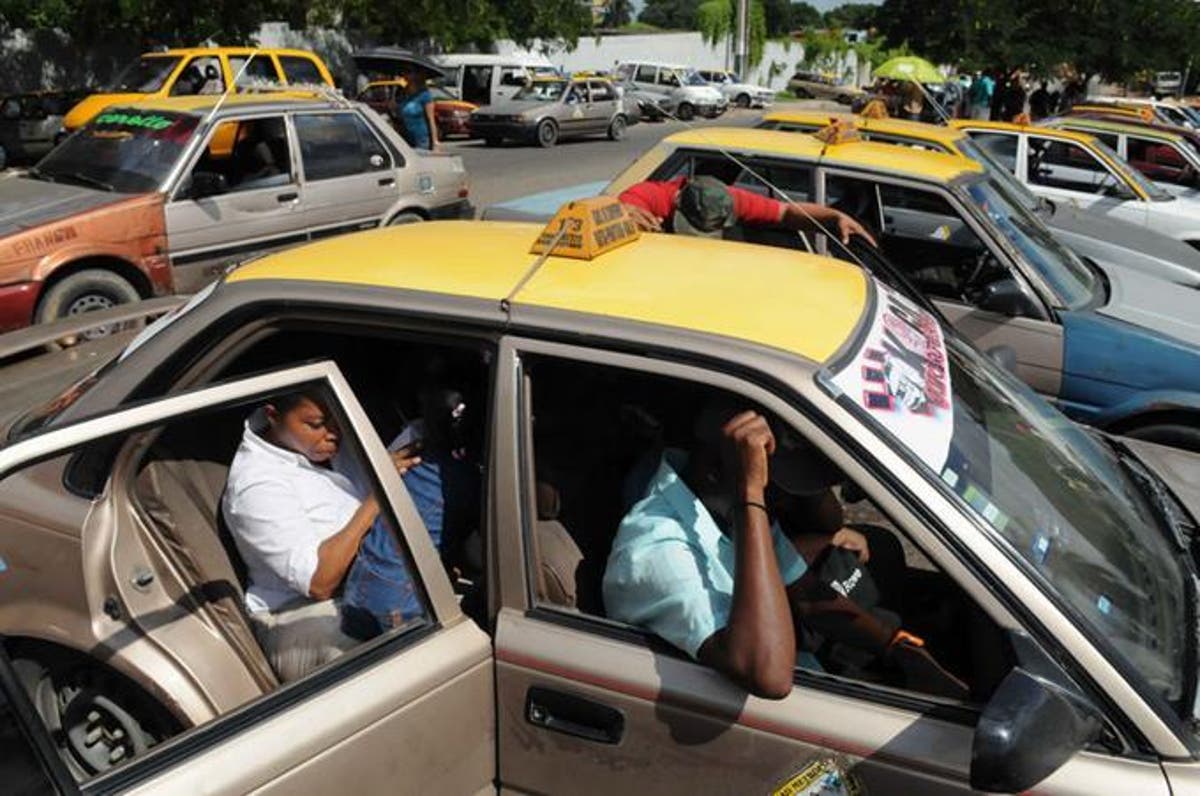 Due to the coronavirus pandemic, the Dominican Republic has seen an increase of at least five pesos in the price of tickets on a public bus and car routes in the capital.

The increase in fares was intended to compensate for the economic losses of the more than 150,000 public transportation drivers in Greater Santo Domingo since physical separation is necessary, and in a vehicle with six passengers, there should now only be four.

However, the sacrifice that hundreds of thousands of citizens make daily to pay for physical distancing has a higher cost in some areas.

In a tour of different concho routes in the capital by journalists from the LISTÍN DIARIO, it was found that the five pesos stipulated as an increase in fare have been doubled and even tripled by some drivers.

This route was from 27 de Febrero with Máximo Gómez to Duarte Avenue. Before the pandemic, the fare was 25 pesos without air and 30 pesos with air.

In a third attempt to verify if the sanitary protocols and the regulation of the passage within the concurred means of transport are fulfilled, the same flotilla was taken, but this time from 27 de Febrero Avenue to the proximities of the Plaza de la Bandera.

The fare was about 35 pesos before the pandemic. Now on our route, the charge was RD$45.00.

When returning along the same path, in another vehicle, the driver requested the RD$40.00, which is supposed to cost the trip.

When asked why his companions charge more than the regular rate, the latter responded that some are “very wise and abusive.

The complete route of these conchos goes from Isabela Aguiar Avenue to Dr. Betances Street. This is one of the conch routes of greater demand. “It always has people,” its users say.

Nicolás de Ovando
Another of the concho routes that have disturbed the pocket of the population is the one that begins in Nicolás de Ovando Avenue and ends in kilometer 9 of the Duarte Highway.

Mario Belén, who has been driving the route for six years, said that they had to increase the fare by RD$15.00 because four passengers did not “fit” the route.

On his side, Luis Guzmán, also a driver on the same route, pointed out that the ticket remains at that price because of the reduction in passengers and the high cost of fuel.

Guzmán explained that some people now choose to use the Santo Domingo subway, which he described as erroneous.

“It is a mistake that they choose the subway instead of cars. There is no distance there,” Guzman said.

The drivers of this route, known as “the route of nine,” and which has about 100 drivers, agreed that if the health situation is normalized, they will reduce the ticket’s cost.

These statements were contradicted by passengers who were waiting inside one of the cars at the interviews.

“That’s very difficult to get them out. In this country, things after they get on, they never get off again,” said Esteban Hiciano, complaining that drivers have taken advantage of the situation and used the pandemic to their advantage.

Hiciano confessed that he prefers that the six passengers who admitted the cars before the pandemic impact are returned to the car so as not to continue paying the RD$50.00 that he has to invest daily in the return trip.

In the concho, Angela Lorenzo seconded Hiciano, saying that they are very “stuck” anyway and still pay 15 pesos too much.

Through a report recently published in the Listín Diario, passengers from other routes complained that most of these means of transport are not following the prevention protocols.

Carriers
Augusto Paniagua, vice-president of the Association of Car Owners of the 27th of February (Asoprocavefe), explained that to avoid the spread of the covid-19 virus, they prohibited the cars from circulating with their windows up and the air on.

Paniagua also said that “the world will never again be what it was before.” Therefore, even if the sanitary situation is normalized, the passage and number of passengers will remain the same unless the government benefits them with the fuel subsidy.

When asked if they plan to increase the fare, he only responded that “one knows that everything will go up, if the fuels go up.”

This media outlet communicated via telephone with William Perez Figuereo, president of the National Central of Unified Transporters (CNTU), who acknowledged the increase in fares.

Perez pointed out that the increase was not an agreement of the unions, but rather a unilateral decision made by the drivers.

He added that they tried to intercede on some routes but were not successful.

Regarding the omission of the distance in the public transportation means, he stated that it is because the employees all leave at the same time and avoid an arrest during the curfew, “they pay anything, and they all ride together.”

To avoid these crowds, the driver leader suggested that a staggering schedule be established for employees’ departure and entry.

The Metro as an alternative
According to regular Metro users, the physical distance disappears as soon as the clock strikes “peak hours.”

To confirm the complaints, tours were also made in the Santo Domingo subway, which according to data from the Office for the Reorganization of Transportation (Opret), can transport some 19,084 citizens per hour.

From July to September of this year, the total number of users transferred by the Santo Domingo Metro and Cable Car lines was 10,576,419.

These figures represent a decrease compared to the 26,185,090 users who used the services for these dates in 2019, according to the Opret.

The experience in the Metro revealed that in the early morning and late afternoon, the marks on the floor indicate where to stand are ignored, and as they leave the cars, there are riots to leave the terminals.

Regulations for the pandemic
As of May 20, the work of the Metropolitan Office of Bus Services (OMSA), the subway, and the cable car was reactivated after being suspended by the executive branch on March 21 of this year.

Likewise, the National Institute of Transit and Land Transportation (Intrant) established that only four passengers would be transported in public cars and two cabs.

In the case of buses and minibusses, the number of passengers was to be limited to the number of vehicle seats or less and sanitize the vehicles at the origin and destinations.