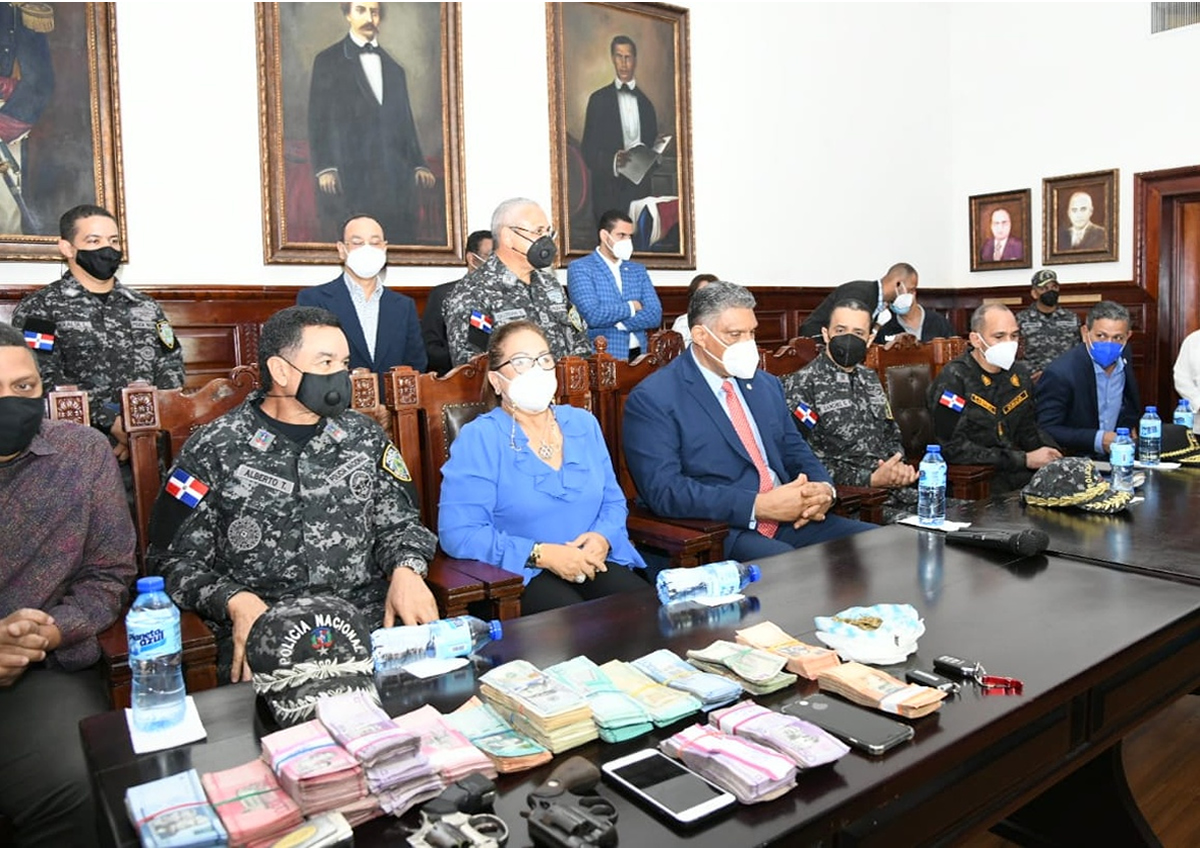 In several raids carried out in Santiago and La Vega hours after the assault, the authorities arrested Raffi Fermín Castro, José Roberto Tolentino and Wally Benjamín Gell Núñez, who were seized with the recovered money and various firearms.

The Public Ministry and the Police are pursuing at least three other suspects whom they urged to surrender to the authorities to answer for their actions.

The assailants, who were traveling in two vehicles and then moved to a jeep, committed the robbery around 1:00 pm Friday, November 13, 2020, at the Banco Santa Cruz branch located in the Avenida 27 de Febrero, in the Las Colinas sector, in the North of Santiago.

In a raid carried out at a residence in La Vega, where Raffi Fermín Castro was born, the authorities seized 403,000 pesos and 1,000 dollars, two revolvers, a pistol, a mobile phone and a Grand Cherokee SUV.

Immediately after the assault took place, members of the Public Ministry and police officers began an intense persecution of the assailants and in less than twelve hours they managed to arrest three of them with part of the money.