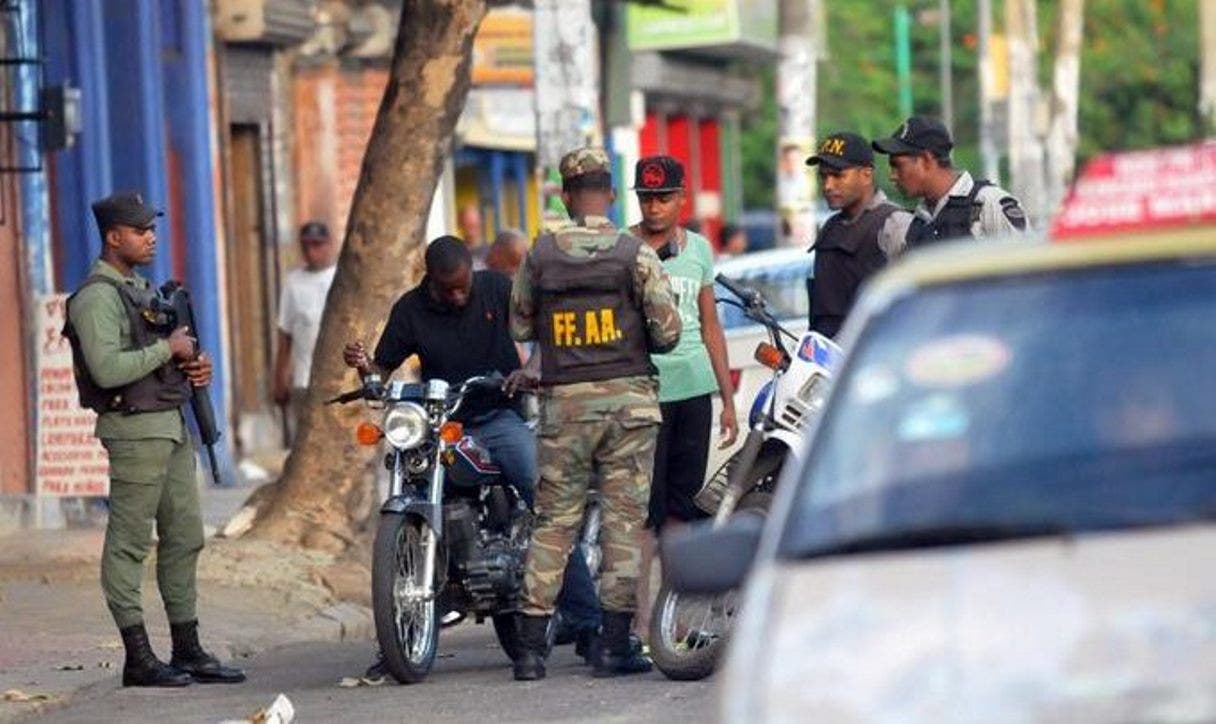 “The plan consists of the reinforcement of preventive systems, patrolling in commercial areas, and the targeting and detection of groups that want to commit assaults,” explained Sánchez González, in an interview for the program “This Morning,” which is broadcast on RTVD 17.

Likewise, he argued that several agents would be taken to the prevention units so that the police will have a good number of troops in the streets, which will allow the strengthening of surveillance throughout the country.

Regarding the application of the distancing measures and the Christmas curfew, the high ranking police officer indicated that this public order body would enforce the measures established by the Government and the Ministry of Public Health.

In this sense, the officer called on citizens to respect the prevention regulations.

On a different note, Sánchez González said that the National Police has two specialties for police training and the first doctorate in criminal investigation and analysis to strengthen the criminal prosecution system in the country this year, for which they have the support of the Higher Ministry of Science and Technology (Mescyt), to strengthen the education of the police institution.

They await report
Meanwhile, the Department of the General Directorate of Investigations (Dicrim) has not presented the capture operation’s official details that ended in exchanges of gunfire between the Brisas del Edén killer and the police officers.

Rubén Darío Jiménez, responsible for murdering his ex-partner and three other relatives, was located in the Presidente cabin on the San Isidro highway. When the authorities located him, a shooting took place, which ended both his life and his companion José Luis  Manon’s life. After a video published on social networks about the shooting between the Police and the fugitive Jiménez, the question of who shot first has remained, as it is not clearly distinguished in the audiovisual.

Jiménez was wanted by the authorities, after on November 9, he took the life of his ex-partner, Leyda Vicente Sánchez, and three other people.

The institution of order is in the process of indicating the details of what happened in the shooting.

The Strategic Communications Department of this institution will present the case’s details once the document is ready, they informed Listin Diario.

Two bullets hit Jiménez during an alleged fire exchange with the National Police on the 17th of this month.

Death scene
This has been one of the most notorious acts of violence in recent weeks.

According to the journalist Adriana Peguero recounted in a Listín Diario report, the end of a sad drama of domestic violence.

He says that only continuous shots were heard echoing inside the small apartment, followed by the desperate screams of a four-year-old girl.

That “war” lasted 30 seconds, and when it was all over, José Calderón came running to the scene of the crime and found the infant plunged into tears over the corpse of her father, Henry Antonio Gómez, and surrounded by four other bloody bodies. Two of whom were fighting not to die.

That was on November 9, and Calderón was the first to see the death scene of the family that was murdered in Brisas del Edén, at the hands of Rubén Darío Jiménez, but “Soledad” had to see when the ex-partner of his aunt killed his father Henry; his aunt Leyda Esterlin Vicente Sánchez; his grandmother Mercedes Orfelina Sánchez Suazo, and injured his mother Orlin Master Vicente Sánchez and his grandfather Ángel Robert Vicente Montaño, who died the next day in a medical center.

BEGINNING INVESTIGATOR
Career.
Sánchez González was born on October 2, 1972, in San Francisco de Macorís, and began his career as a cadet on January 1, 1992.

WORK
Trajectory.
The Director of Police has served as a special investigator