A mag. 4.2 quake is felt near Dominican capital 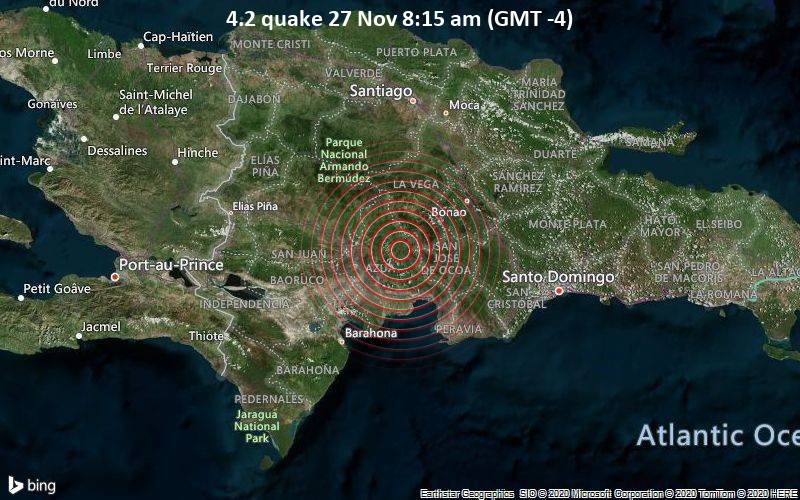 According to preliminary data, the quake epicenter was located at a depth of 10 km.

A second report was later issued by the United States Geological Survey (USGS), which listed it as a magnitude 4.2 earthquake as well.

Towns or cities near the epicenter where the quake might have been felt as very weak shaking include Santo Domingo Oeste.