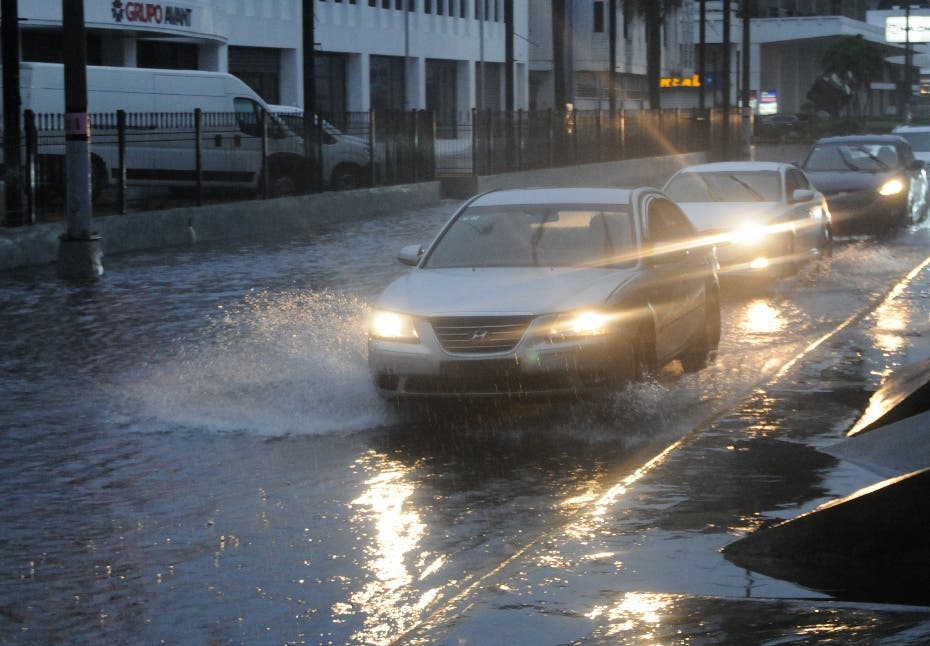 Tour in the National District, where you can see the large garbage dumps that come out with the rains and with them the floods. In photo: Kennedy. 08-11-2020 Photos: Jose Adames

The 2020 hurricane season, which ends this Monday, is the most active on record with 30 named tropical cyclones.
In 2005 alone, the number had approached the figure when 28 tropical phenomena were formed.

On that occasion and this year, we had to take names from the Greek alphabet because the list of 21 names to designate the cyclones was exhausted.

In offering this information, the director of the National Meteorological Office (ONAMET), Gloria Ceballos, attributed this intensity to the warming of the waters of the Atlantic Ocean, which have surpassed the average.

She explained that before the season started, temperatures averaged over 28 degrees Celsius and in other years it was 26. She pointed out that the waters are still very warm.

She noted that the waters are still very warm. Added to this is the La Niña phenomenon during which the waters of the Pacific cool and those of the Atlantic heat up, causing more formations. In addition, the winds in the upper atmosphere have been in constant and strong movement, which also facilitates tropical cyclones.

“The 2020 hurricane season is considered the most active of all since records began,” said Ceballos.

He highlighted that 31 phenomena were formed, although there was one that remained in a tropical depression, not reaching the category to classify. She recalled that the satellite records date from the mid-sixties and this amount had never been reached.

She indicated that the specialized agencies had predicted a very active season with up to 25 named storms, so this forecast has been far exceeded.

Ceballos highlighted as an atypical element is that the first phenomena were formed before the season started on June 1st. Arthur was formed on May 16 and Bertha on May 27.

Ceballos considered that the Dominican Republic has been fortunate that despite the intensity of the season, only two phenomena have impacted directly as storms although they later increased in strength as they left our area.

This was the Isaiah storm that formed at the end of July and affected the national territory with heavy rains, generating important accumulations especially in the eastern region and mostly in San Pedro de Macoris.

The other was Laura which impacted in the third week of August, especially in the Southeast region.

“In an indirect way, we were affected by two hurricanes. The first was Teddy in September, which generated abnormal waves on the north coast. The second one was Eta with important rains in several points of the country,” detailed the director of Onamet.

The hurricane season starts on June 1st and ends on November 30th.