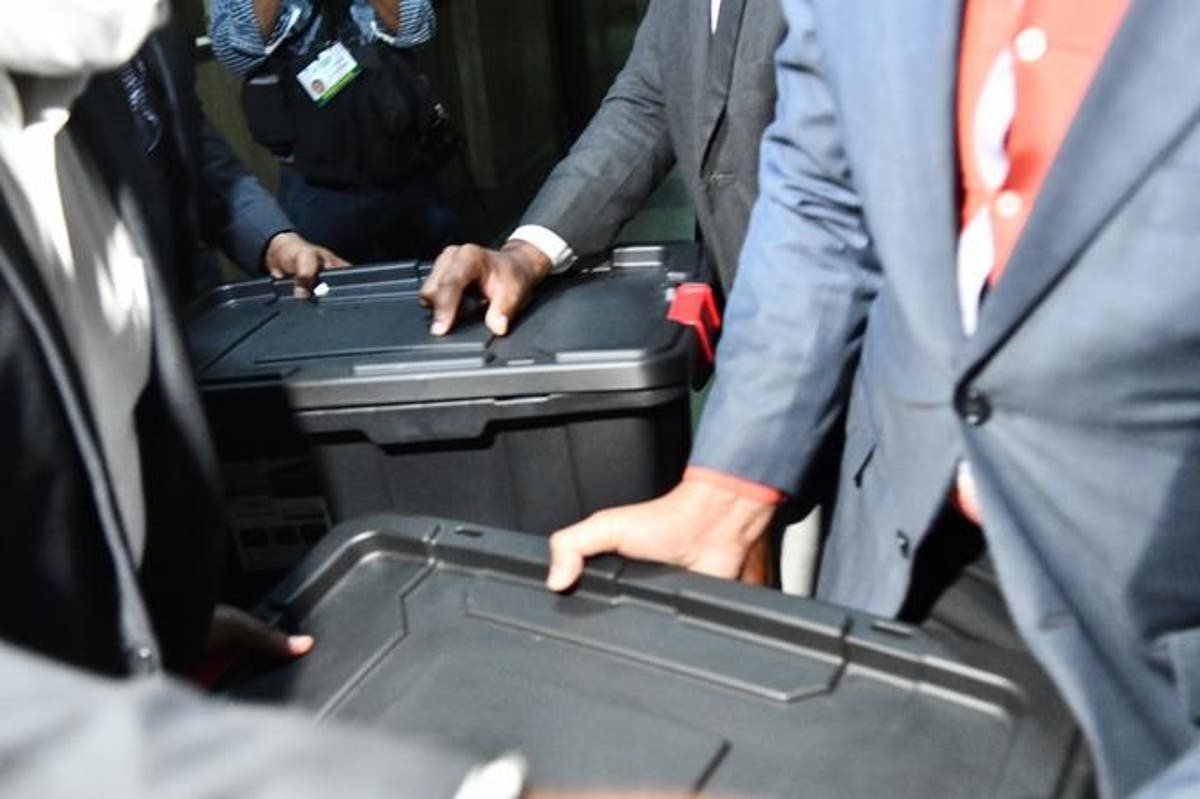 MP personnel arrived at the Palace of Justice on Monday night, where 10 former officials are being held. Photo: Jorge Cruz.

The Public Ministry said it determined that Juan Alexis Medina Sanchez, brother of former president Danilo Medina, led a criminal network at the operational level, taking advantage of his kinship with the then president of the Republic, who served two constitutional terms between 2012 and 2020.

On Monday night, the MP requested the imposition of preventive detention against ten ex-officials, privileged suppliers of the state, and front men arrested over the weekend for taking advantage of their links with the political power to accumulate millionaire fortunes.

As part of the so-called Operation Anti-Pulpo, Pepca arrested on Sunday, in addition to Juan Alexis Medina, his sister, Carmen Magalys Medina Sanchez, former vice president of Fonper; Francisco Pagan Rodriguez, former director of the Office of Engineers Supervisors of State Works (Oisoe); Fernando Aquilino Rosa Rosa, former president of the Patrimonial Fund of Reformed Companies (Fonper), who was arrested at his residence in the province of Santiago.

“Using influence peddling and violations to multiple laws, the defendants in the case created a millionaire corporate network that allowed them to benefit from taxpayers’ funds, by receiving payments of billions of pesos from the State, through illegal operations in which they used individuals and corporations,” says the Public Prosecutor’s Office.

The body of prosecutors, coordinated by the Specialized Prosecutor for the Prosecution of Administrative Corruption (Pepca), deposited the request for a measure of coercion with the Judicial Office of Permanent Attention Services of the National District, to which it requested preventive detention for the accused, following Article 226, number 7, of Law 76-02 of the Dominican Criminal Code.

The agency of the Public Ministry requested a hearing to determine the measures of coercion in the next few hours, as well as the declaration of the case as complex, under Article 369 of the Dominican as mentioned above Criminal Code.

The accused are serving their confinement in the preventive jail of the Palace of Justice of Ciudad Nueva.