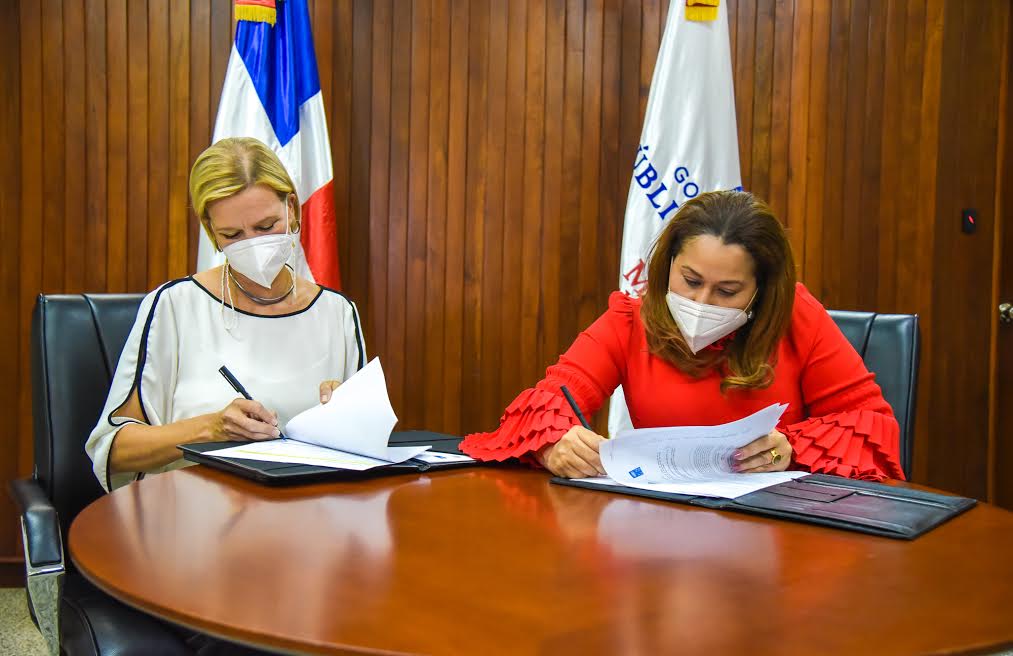 The Ministry of Women’s Affairs and the United Nations Development Programme (UNDP) updated their joint work agreement to strengthen mechanisms for mainstreaming the gender perspective, support the institution’s technical and operational capacities for the eradication of gender inequalities, and accompany state institutions in the implementation of the Gender Equality Seal.

During a meeting between the Minister of Women’s Affairs, Mayra Jiménez, and the UNDP’s resident representative, Inka Mattila, the agreement was renewed. They committed to strengthening actions and tools for mainstreaming the gender perspective, institutionalization, and progress toward compliance with Agenda 2030.

They also agreed to promote women’s political participation and leadership and the promotion of women in decision-making positions through courses, workshops, and diplomas, as well as to make their presence and contributions visible in the parties, movements, and political groups in the electoral processes, through analysis and virtual tools.

The agreement will give continuity to the work that the UNDP and the Ministry of Women’s Affairs have been doing in favor of the rights of Dominican women and girls for several years, strengthening the framework of joint action to implement national mechanisms for the mainstreaming of the gender approach, such as the national roadmap to meet Sustainable Development Goal 5 (ODS 5) on Gender Equality, and mainly, to work with other public institutions to implement the Seal of Equality in the public sector.

Existing inequalities, gaps, and gender-based violence have been aggravated by the health and socioeconomic crisis caused by the virus, having a disproportionate impact on women in terms of job loss, lack of access to social protection, and increased hours dedicated to unpaid work, compared to men.

The Ministry of Women’s Affairs reaffirmed its commitment to the achievement of international agreements such as the Sustainable Development Agenda 2030 (SDA 2030), aimed at achieving gender equality and empowering women and girls. “The current context calls on us to continue strengthening our institutions and response capacities in the face of a scenario that has left behind the fragility and vulnerable conditions in which so many women, girls, and adolescents live in our country,” Jiménez said.

The UNDP also reiterated its willingness to support the Dominican government in other aspects, such as the process of approving the Comprehensive Law on Gender Violence, as well as to implement the work areas of the UNDP and UN Women’s Global Tracker of Gender Responses to COVID-19, to develop joint initiatives for socio-economic response and recovery that take into account the differentiated needs of women, said Mattila.

The Minister of Women’s Affairs, Addys Then, Deputy Minister of Planning and Development, Carolina Alvarado, Director of Intersectoral Relations, Naomi Arboleda, Director of International Affairs, and Vitalia Herrera, Coordinator of the Office, were present at the signing of the agreement. Raisa Crespo, UNDP Gender Officer, was present on behalf of the UNDP.