Collado: Government will not tolerate the sale of adulterated alcohol

The Minister of Tourism, David Collado, announced measures in the tourism sector, in the case of intoxication of the young Venezuelan Armando Medina, after ingesting alcoholic beverages adulterated with methanol.

Last Thursday, authorities closed the premises and carried out a raid on the ATA Excursion Center, in addition to the cancellation by Mitur of the operating license of said company.

“The Dominican Government will not tolerate the sale of illegal and adulterated alcohol in any establishment, and those who engage in this activity will feel the full weight of the law. The health and well-being of all is a priority for this administration,” expressed the minister through his Twitter account.

The young man is in serious condition, without speech and mobility. Of all the friends who accompanied Medina on that walk, only he consumed the drink identified with the label “Dominican rum.”

He never thought that it was an adulterated drink since it was on the menu of his trip organized by a recognized excursion agency. 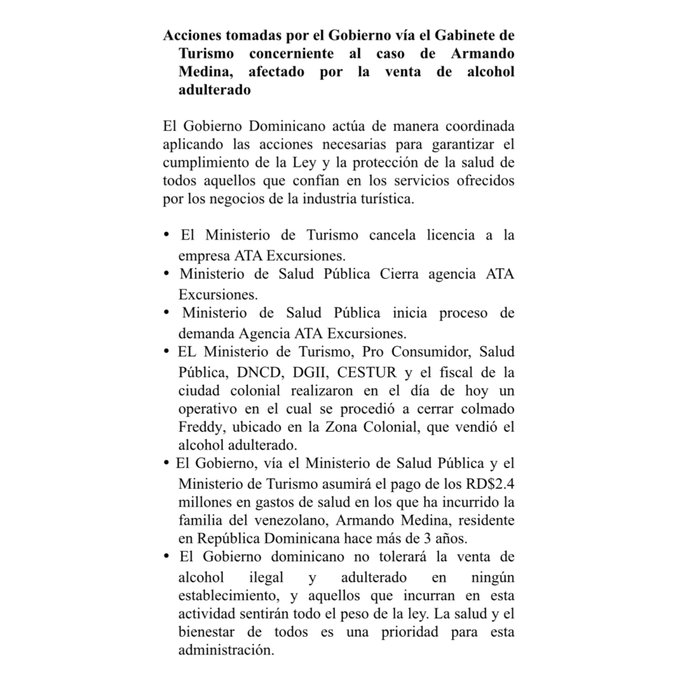