Haiti is a failed state in irreversible decline 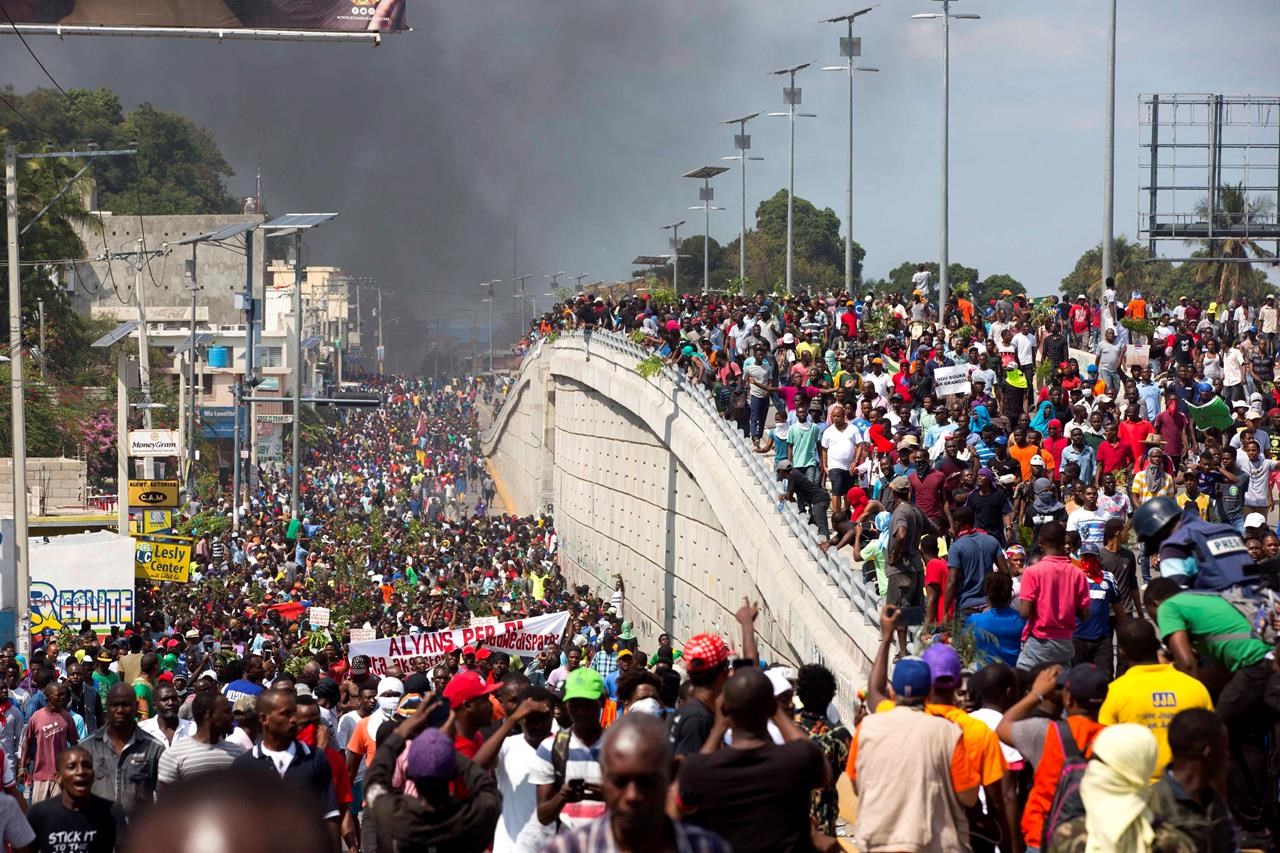 The deep crisis that is hitting Haiti has led to the insecurity that diplomatic and consular officials have been forced to take precautionary measures to avoid being victims of kidnapping, a criminal modality in vogue as a reflection of the fact that the authorities do not guarantee the functioning of any of the essential services.

The insecurity that the neighboring country is experiencing has become complicated since the absence of the United Nations Stabilization Mission in Haiti (Minustah), a situation that has become untenable in the last two months, which has led most diplomatic missions to take shelter and have the fewest personnel in the embassies and consulates.

As Haiti’s elected authorities have lost their monopoly on force, a power vacuum has been created that organized crime is trying to fill, affecting even the banking institutions.

Banks operating in Port-au-Prince and other major cities were forced to prohibit their employees from having their cell phones with them while they are at work. Many people have been kidnapped or assaulted when leaving banking establishments.

The insecurity of banking operations and their clients have moved to other complicity levels because, despite the measures taken by their executives, clients’ ambushes continue, which for many means that criminal networks reach different levels of hierarchy.

The increase in Haiti’s kidnappings was reported by the Spanish news agency EFE, which highlighted the authorities’ powerlessness to confront this phenomenon, “limiting themselves to advising the population to avoid being kidnapped.

“For at least a month, images of kidnapped persons have been circulating daily on social networks; among them, one of the most stupefying cases is that of a girl who disappeared more than a week ago and whose video in a school uniform is constantly circulating on social networks,” reports EFE.

Conversations with people living in Port-au-Prince and the surrounding areas revealed that the situation is perceived as very dangerous because low-income families have to send their children to schools or colleges at the mercy of prayers alone.

Middle-class sectors with economic power decided to move to the Dominican Republic by renting houses and enrolling their children in Dominican schools.

In the last seven days, 14 kidnappings were registered in the Haitian capital, including foreigners. However, the number of people kidnapped cannot be specified because, in that country, no law enforcement institution has this information systematized.

Since December, the criminal gangs were activated in exceptional circumstances when its members go out to “fish,” which is not difficult in a country where the public forces are weak. Its members already have a record of carrying out a protest, which leaves much desired.

Instead of announcing measures to contain the criminal wave, the Prime Minister of Haiti, Joseph Jouthe, after urging the population to be careful and vigilant, issued a decree creating the National Intelligence Agency (ANI), which is interpreted by diplomatic sectors as a desperate measure to reverse the chaos.

Not for a few experts and career diplomats who are familiar with the Haitian situation, creating the National Intelligence Agency is an unfortunate surprise because it was understood that this body for compiling, systematizing information, and monitoring organized crime already existed.

The timid measure is seen with anger not only by diplomats but by the majority of the population who accuse the government of being focused on the organization of the next elections that should be held on a date that the president himself has not yet defined. Since January, the Haitian president has been governing by decree when the legislators’ term ended, and the legislative elections were postponed. His period ends in February 2022.

Large mass mobilizations preceded the worsening of the climate of insecurity that is being experienced at this time in Haiti in protest against the government of President Jovenel Moise, who, despite these facts, has remained unscathed, promising legislative and presidential elections without specifying when.

The widespread discontent expressed in the streets with the burning of private properties in Port-au-Prince and other cities has left. As a result, half a hundred people dead, to which has been added a peculiar protest in recent months by the Police itself, an institution called upon to preserve public order.

In addition to the kidnappings in Haiti, there have been selective murders of personalities, as occurred last August 28 when unknown persons ambushed the president of the Bar Association, Me Monferrier Dorval, a crime that dismayed the nation since he was one of the voices that advocated a new Constitution.

The Haitian police were unable to contain organized crime and common delinquency since an operation called Terminator 1 was ineffective in stopping the armed gangs’ actions, which operate in the most popular neighborhoods of Port-au-Prince, whose streets, businesses, and restaurants at night look deserted.

“At night, no diplomat or foreigner living in this city has to go out to look for anything, except to be murdered or kidnapped,” commented a source linked to the Haitian parliament.

Road trips from Santo Domingo to Port-au-Prince or any other Haitian city to that capital have been reduced because it is now a habit for carjackers to assault.

Although most of the diplomatic corps based in Haiti have been cautious in calling the situation a collapse of the state, opinions are no longer reserved for the pillow or the official confidential reports of ambassadors and consuls.

A failed state is one that is unable to guarantee its functioning, such as the essential services it must provide to the population.

It is an expression, Failed State, that appeared in the political and diplomatic language in the last decades from the convulsions in Somalia, Libya, Sudan, Yemen, Congo, Ethiopia, Iraq, and Zimbabwe, where the authorities lose the monopoly of the force, legitimacy, and disputes between institutions are registered, as it happens for years in the neighboring country whose Constitution establishes two powers: the president and the prime minister.

The deep institutional crisis began to worsen since the United Nations’ stabilization forces decided to eliminate one of the few institutions operating: the Armed Forces.

Pushed by the violence and abuses generated by the Armed Forces and the so-called Ton Macoute, the international community applied the saying that “once the dog is dead, the rage is over” by passing the buck to the Haitian Army, Navy, and police.

Despite the remaining 13 years on Haitian soil, the United Nations’ military force only served to consume 7.33 billion dollars in that time, which were taken advantage of by contractors and suppliers, often with powerful sponsors.

The truth is that after their withdrawal from Haiti, the Blue Helmets did not fulfill any mission that has left a legacy in that island territory, except for the children of soldiers who procreated with Haitian women called “little Minustah,” who are abandoned babies, and that some of the countries from which those soldiers came, assumed paternal responsibilities.

This new theater in that failed state does not cease to represent a threat to its closest neighbor, where its president Luis Abinader has said that the Dominican Republic cannot bear that problem.