Judge dictates coercion to Alexis Medina and others involved in embezzlement 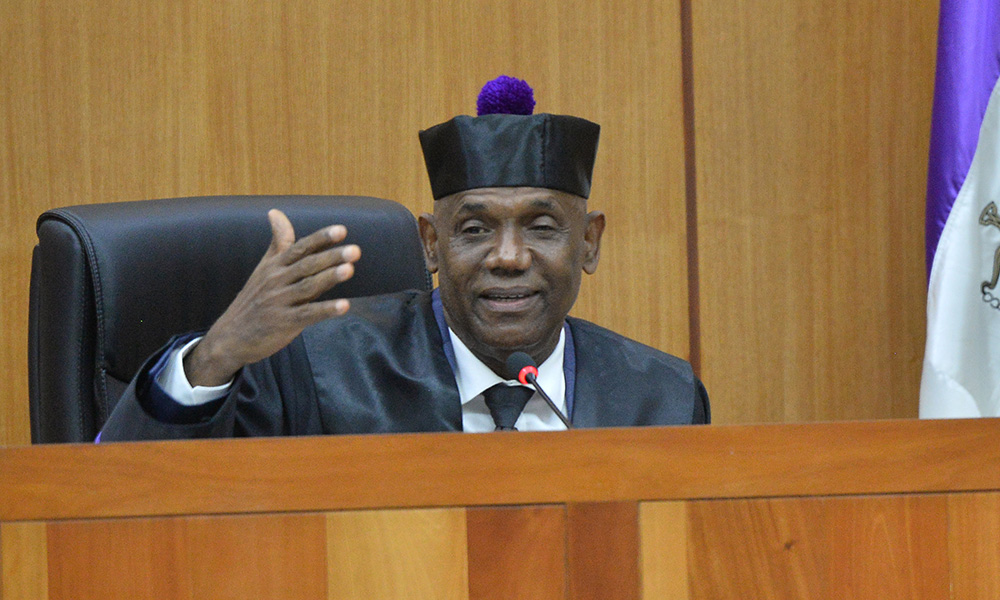 The judge of the Permanent Attention Court of the National District, José Alejandro Vargas, ordered preventive detention against those involved in the Operation Anti Octopus case, on alleged fraud and embezzlement of the Dominican State and declared it complex.

The Third Investigating Court of the DN will be in charge of controlling the preparatory phase of the trial.

The judge of the Judicial Office of Permanent Attention Services of the National District, José Alejandro Vargas, yesterday issued three months of preventive detention as a measure of coercion to defendants of Operation Antipulpo accused by the Public Ministry of committing administrative corruption against the State by an amount exceeding 4.7 billion pesos, including two brothers of former president Danilo Medina Sánchez.

The magistrate, who declared the case complex, imposed preventive detention in the Sancristobalense Correction and Rehabilitation Center on four of the defendants, three in the San Pedro de Macorís prison house arrest, and one periodic presentation.

After concluding the three days of debates and the request of the Public Ministry to the judge, to send to the Sancristobalense Correction and Rehabilitation Center 10 of the 11 implicated in the Pulpo Network, Vargas imposed three months of preventive detention on the referred center for Juan Alexis Medina (alleged head of the network) together with former officials Fernando Rosa, former president of Fonper; Francisco Pagán, former director-general of the Office of State Works Supervisory Engineers (Oisoe); and Aquiles Christopher, from the OISOE Analysis Unit.

They must serve house arrest, under the supervision of the Public Ministry and an electronic locator -if the Public Ministry considers it so-, Magaly Medina, sister of former president Danilo Medina and who was vice president of the Patrimonial Fund of Reformed Companies (Fonper) when he was President; and Freddy Hidalgo, former Minister of Public Health, who will pay a bond of 10 million pesos. Both defendants will be prevented from leaving.

Alejandro Vargas also ordered that ex-comptroller Rafael Germosén be fitted with the electronic bracelet and an exit impediment. At the same time, Domingo Antonio Santiago Muñoz is granted his freedom with a periodic presentation before the deputy prosecutor leads the investigation of Operation Antipulpo if the authorities require it.

The magistrate established that the Third Investigating Court of the National District is the one in charge of controlling the preparatory phase of the trial.

After two days of extensive hearing in the room of the First Collegiate Court of the National District, Vargas reserved the decision of the knowledge of the coercion measure for this Tuesday, after having explained to the defense lawyers of the accused and the Public Ministry that They had to conclude before 1:00 in the morning. Otherwise, the hearing would be postponed to 5:00 yesterday afternoon, making it effective.

He argued that the ex-president was always careful and kept Alexis at a distance. Hence, the accusations that are accused are not a political matter, but a family failure, “when Alexis did not maintain a position that could not overwhelm his brother’s government.”

Referring to the defendants Fernando de la Rosa and Magalys Medina, former president and former vice president of Fonper, Vargas affirmed that it was demonstrated that they used said entity as a private patrimony to benefit former deputy Lucía Medina Sánchez, also sister of the former president of the Republic, to In favor of who, supposedly, they would have transferred millionaire funds between 2016 and 2018, In addition to benefiting Alexis Medina through his companies, as established by the Public Ministry.

According to the file, the network operated in a web of administrative corruption that allowed them to subtract 4,769,775,128.96 pesos from the treasury, with a cycle that began with influence peddling, led by Alexis Medina.

Deputy Attorney General Yeni Berenice Reynoso said that the Public Ministry’s evidence was devastating and confirmed by Judge Alejandro Vargas. The latter learned of the measures of coercion of those involved in Operation Antipulpo.
Meanwhile, Pepca, Wilson Camacho, said that they would call as many people as the evidence determines.

While in the same scenario, the lawyer Carlos Salcedo, who represents Alexis Medina Sánchez and Francisco Pagán, when also approached by journalists after the judge dictated the coercion measures, pointed out that everything he said: “amply justifies an appeal because it is an unfounded decision from the evidentiary point of view.” He explained that they have ten days to appeal from the moment they deliver the judge’s decision in writing.

Cándido Simón said that in the case of his client, Freddy Hidalgo, he feels satisfied because “he did absolutely nothing wrong.”