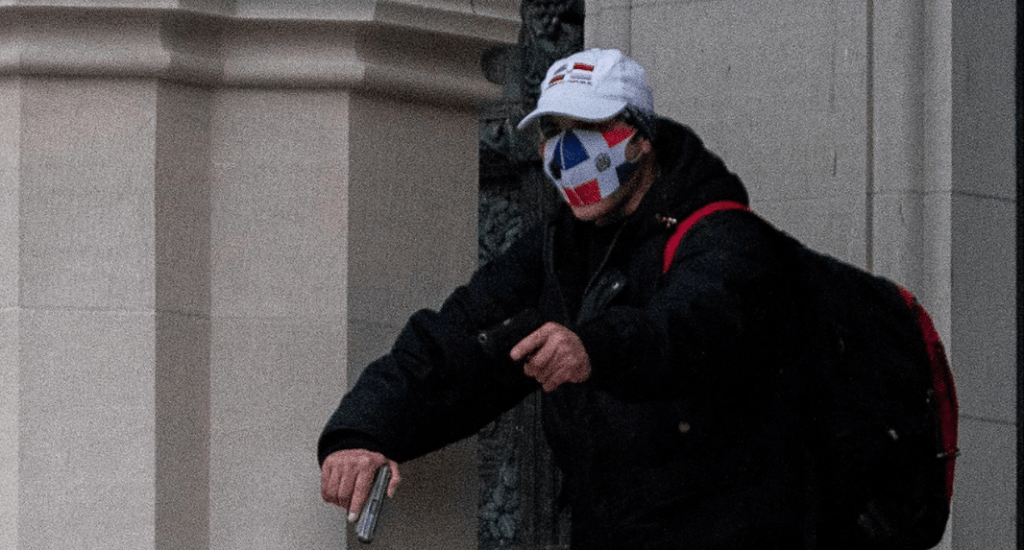 New York.- Blazoned with the Dominican flag on his mask and the white cap he wore, a gunman armed with two pistols and shouting at the top of his lungs “kill me, kill me!” before being gunned down by police officers on the steps of the San Juan El Divino Cathedral on 112th St. and Amsterdam Av. in the Morningside sector of Upper Manhattan.

The shooting began at 3:35pm, Police Commissioner Dermot Sea said, but it is unknown if the attacker who did not shoot any of the few people remaining after an outdoor Christmas concert by the church choir.

The commissioner said at a press conference last night that the deceased is a 52-year-old Hispanic and carried a red and black backpack in which he carried a red container normally used to accumulate fuel, a knife and ropes.