Luis Abinader: I will not abandon the tourism sector 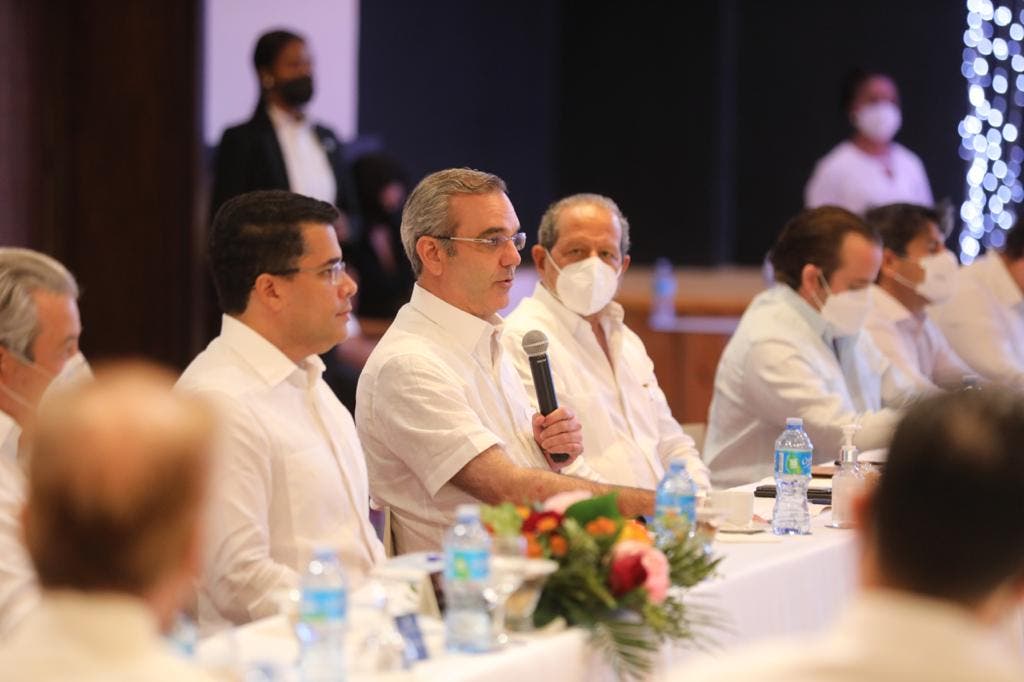 To continue developing the tourism sector, President Luis Abinader promised that he would not abandon this economy line. That is why great efforts are also being made to help micro, small and medium enterprises.

The president made these statements when he met with representatives of the tourism sector’s value chain at the Gran Bávaro Princess Hotel.

The head of state announced that a financial window would be opened through the Banco de Reservas to continue supporting tourism and helping entrepreneurs in the sector.

He argued that the government would provide the necessary funds so that next year, a territorial reorganization will be carried out to advance the real estate sector in the area.

The President assured that he is working hard to have the Land Use Planning Law approved to be applied.

He explained that 2.8 million dollars were destined to construct the Sargasso Barrier and 70 million pesos for the Beach Regeneration Plan, which will benefit 35 beaches throughout the country.

Likewise, the president instructed the Ministry of Public Works to start the asphalting of the different roads in the area.

He said that his government would give special attention to the different landfills of the various tourist spots that affect Bavaro and Punta Cana.

From the point of view of President Abinader, the national economy has been improving and advancing, adding that the agricultural sectors and free zones present a magnificent panorama.

Regarding the discipline that the government carries out, he considered that the expenses had been reduced considerably.

He pointed out that they are working hard and orderly to maintain social subsidies in areas that have not yet developed economically.

Dr. his side, the Minister of Tourism, David Collado, said that the President believes in the tourism sector and has not turned his back on it.

Collado said that the country should be proud of the government headed by Luis Abinader because he has worked honestly and transparently.

Present were the Minister of the Presidency, José Ignacio Paliza; the mayor of the tourist district, Verón-Punta Cana, Manolito Ramírez, and businessmen and investors from the tourist sector.