Update: Manatees go from the Aquarium to their natural habitat 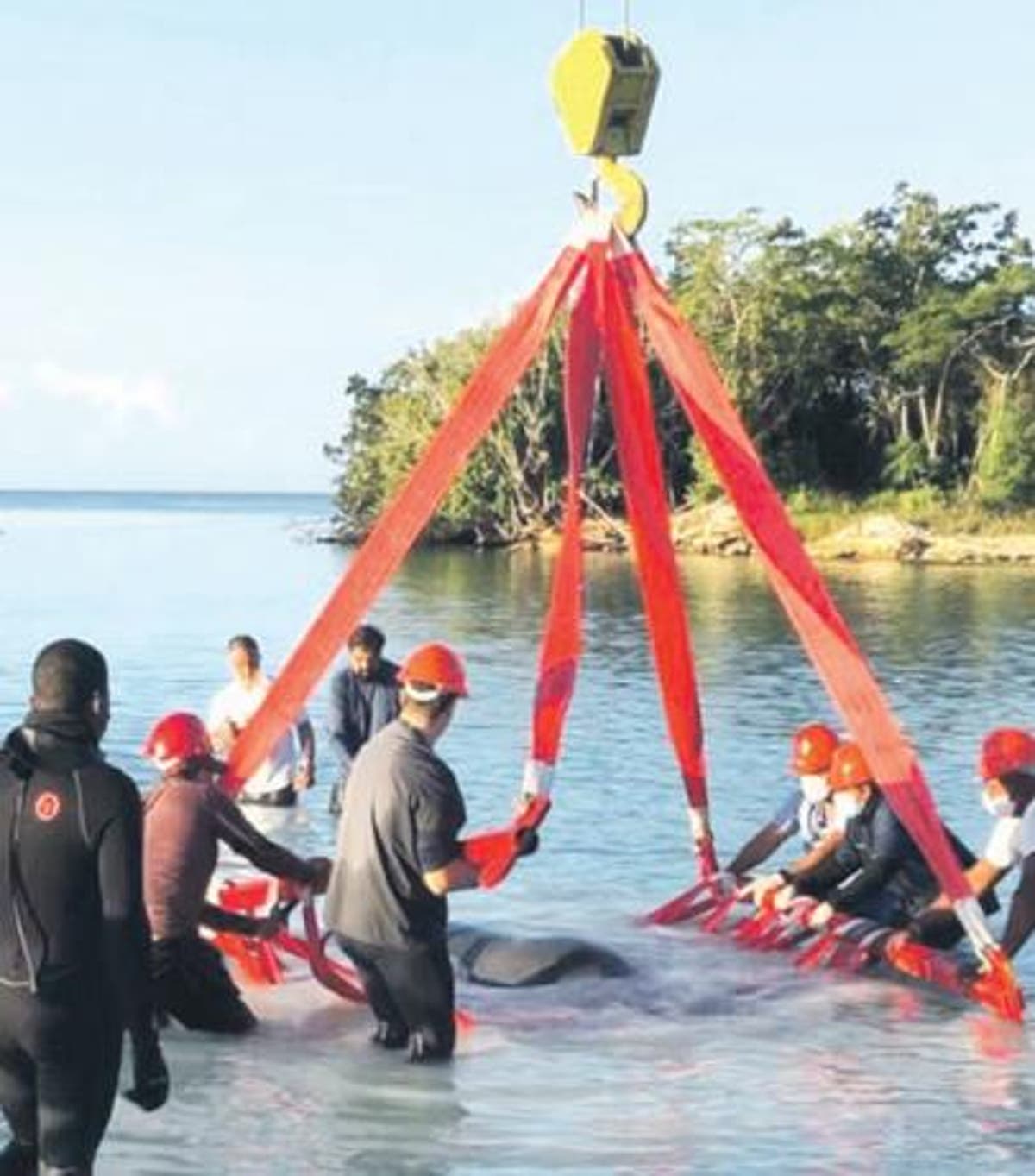 Manatees will have to go through a rehabilitation process. ENVIRONMENT/

After an arduous process of preparation of more than three months and a delicate transfer that began in the early hours of Sunday morning, the Ministry of Environment and Natural Resources successfully reintroduced the manatees Juanita, Pepe, and Lupita, who had been in the National Aquarium for several years, to their natural habitat yesterday.

This initiative began with a routine change in the feeding of the manatees and medical studies. It concluded with more than three hours of transfer and placement on the coast in a controlled habitat until they achieve their adaptation to this new environment.

Orlando Jorge Mera, Minister of Environment, emphasized that introducing these aquatic mammals in Bayahíbe is a historical fact because it is the first time that the country’s environmental authorities assume a decision of this magnitude that tries to preserve the Antillean manatees (Trichechus manatus). These species are in critical danger of extinction.

The mammals were transported from the National Aquarium under a rigorous safety protocol to reduce the stress caused by vehicles’ movement.

A multidisciplinary team made up of nine veterinarians, three biologists, and several technical caretakers participated in the manatees’ transfer, and they watched over the entire process. Also, an animal cardiology specialist and a dermatologist accompanied the manatees.

This process was also monitored by two units of the National Environmental Protection Service (SENPA) that served as an advance guard for the trucks used for the transfer.

As it is a complex process that could involve risks, from now on, manatees will be in a controlled environment in Bayahíbe until they achieve their definitive adaptation. This process is estimated to last several months because they have remained more than half of their lives in tanks at the National Aquarium.

To assure that the manatees get used to being in a different environment from the Aquarium, a fence was placed in the sea that will allow the monitoring by technicians, veterinarians, and divers 24 hours a day; additionally, they will be supplied with food until they learn again to live without depending on humans.

In the reintroduction to their natural habitat, Juanita, Pepe, and Lupita will be surrounded by a fence placed in the sea with 600 square meters of surface and about three meters deep, until they adjust to natural life in the sea.

The work of reintroducing the manatees to their natural habitat was carried out by the Vice-Ministry of Coastal and Marine Resources directed by José Ramón Reyes, who coordinated with the staff of the National Aquarium and the Dominican Foundation for Marine Studies.

Also, he had the support of the Banco de Reservas, Fundación Propagas, Santroni, Grupo Inicia, Sur Futuro, Cervecería Nacional Dominicana, AM resorts, Playa Grande Golf & Ocean Club, Mercasid, Fundación Brugal, Central Romana, Dolphin Explorer, Escuba Caribe, Dressel Divers and Eco Petróleo, companies that in one way or another have contributed to the work of adapting the manatees and returning them to the sea.

Juanita was rescued in August 2012, at only three months of age, after a fisherman inflicted about ten injuries in the waters of the Bayahibe beach.

While Pepe was recovered in the same year near the Haina River’s shore, San Cristóbal province, dehydrated and with several injuries.

Six years later, in 2018, being very small, Lupita was saved from a substantial wound in the left side, in the municipality Luperón, province of Puerto Plata. All three were rehabilitated at the National Aquarium.