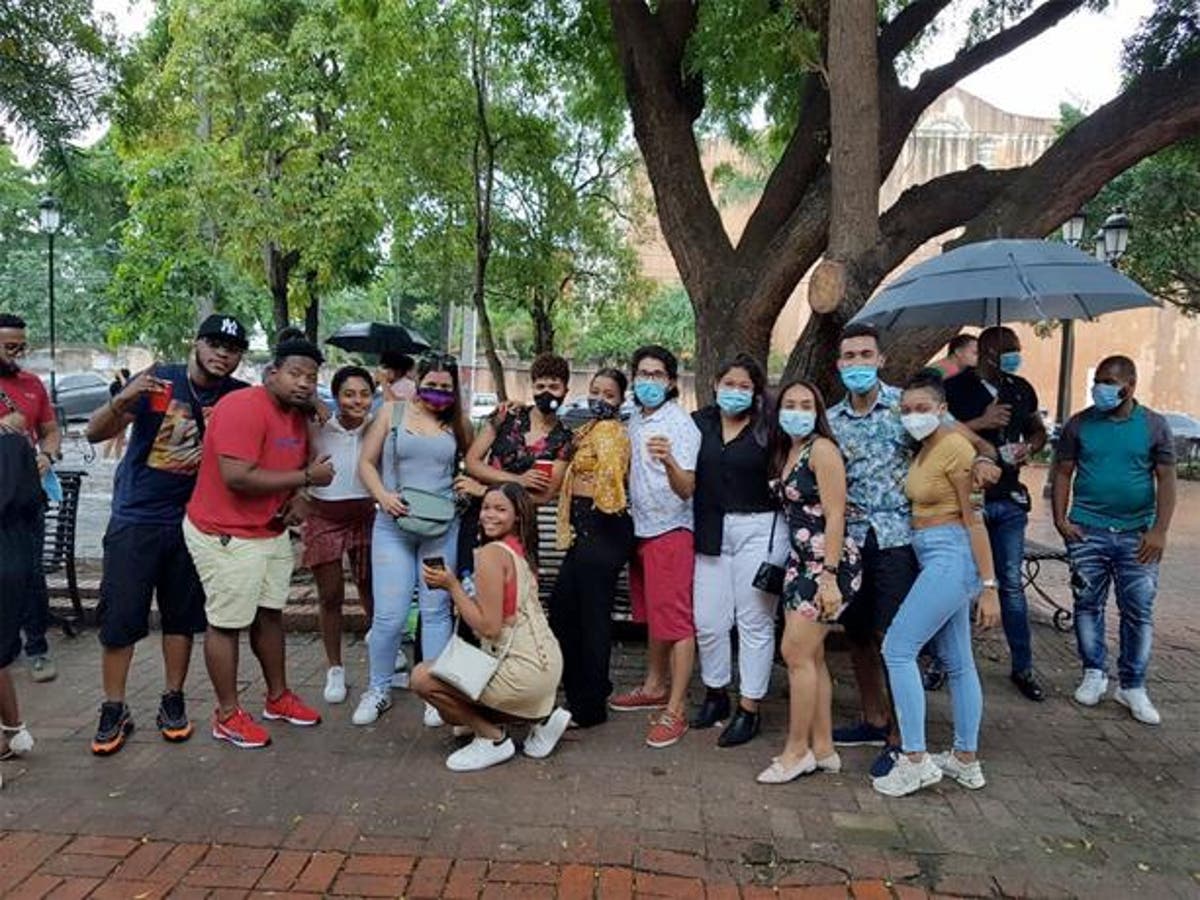 Despite the rain, this Saturday, Greater Santo Domingo residents came out to enjoy themselves in different ways. Some celebrated one more year of life and enjoyed themselves with friends, and others, the street vendors, took the opportunity to go out to work.

A Listín Diario team observed little traffic flow on the main avenues of the National District, such as John F. Kennedy, expressway February 27, and Mella and George Washington avenues.

Members of the General Directorate of Traffic Safety and Land Transport (Digesett) located in Máximo Gómez assured that “today people are behaving well and this week they have respected the measures.”

Many people took advantage of this medium to express their dissatisfaction with the new curfew imposed by President Luis Abinader last Tuesday, through decree 698-20.

“I do not agree with the confinement because when we leave work, we cannot arrive on time, and the police grab us,” said Will Micaías, a passer-by in Braulio Álvarez park.

Likewise, a group of young people in the Colonial City admitted that this prohibition does not make sense since people violate the rules, and there is a lot of contempt.

Meanwhile, certain street vendors stated that they are following the ordinance. In the first place, it is to preserve health; Also, several interviewees said that Saturday’s sales were “weak” due to weather conditions.

“There are people who do not want to cooperate, but there are others who do so to see if the pandemic goes down because we want to get out of it,” said Mrs. Elena, who was accompanied by her two daughters in the Mauricio Báez park on San Martín Avenue.