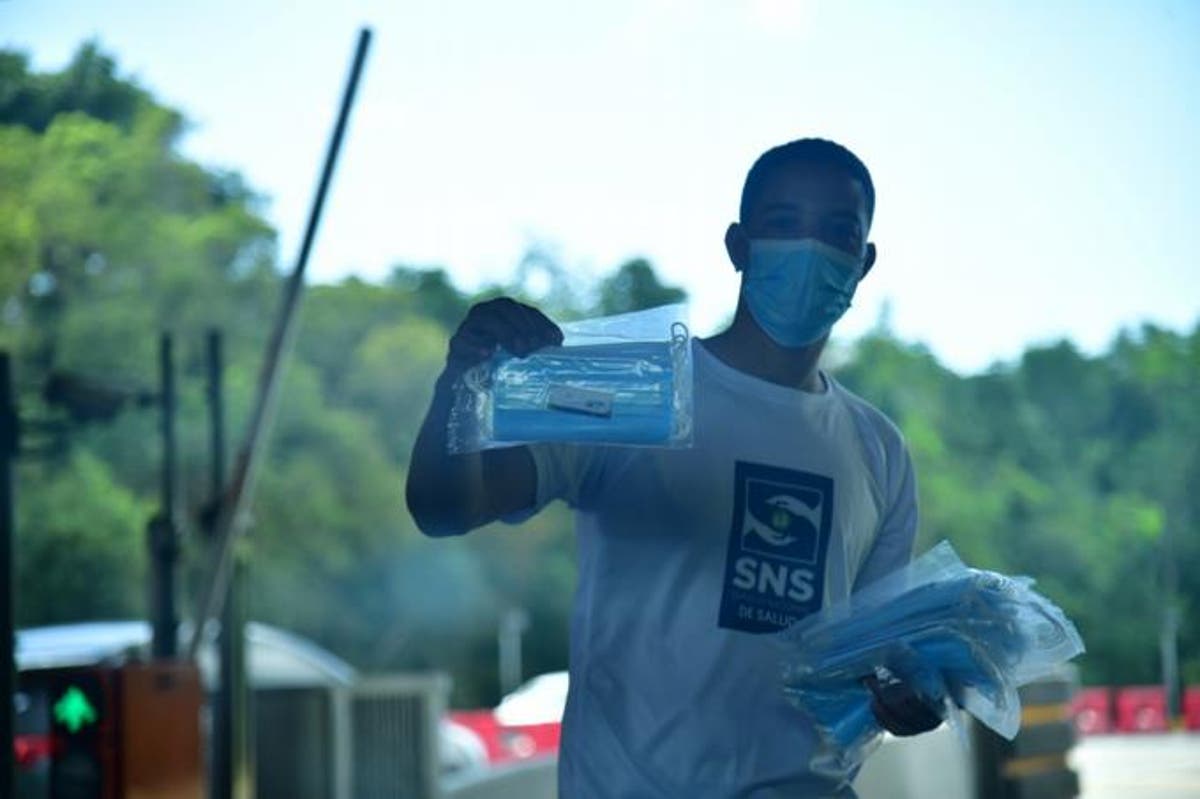 Curfews, debts, economic crises, virtual classes, vaccines, social distancing, and coronaviruses have been the main topics of this year, making us question where the Dominican Republic is going after the pandemic took everyone by surprise.

After identifying the disease of the new coronavirus on December 1, 2019, in Wuhan, Hubei Province in China, in a group of unknown people with pneumonia, governments never imagined that such symptoms would have repercussions throughout the planet and even less that they would have to face a pandemic like the one experienced in 1918.

The Dominican Republic was not an exception to the virus due to the few measures in terms of restrictions, supervision of activities, and foreigners’ arrival to the country. Therefore, on March 1 of this year, the first case of the disease arrived. Claudio Pascualini, a 62-year-old Italian citizen, was the first patient.

The next few days were decisive for the spread.

The lack of awareness by business people, citizens, and government action led from a first infected to a second. A third, fourth, fifth, two hundred, five hundred, one thousand… until reaching bulletin 280 with 163,654 infected.

Deaths from the disease have reached 2,404.

Not to mention the enormous numbers in the United States and other countries.

The vaccine is the most acclaimed solution in the country and the world, hoping to return to the previous normality. Similarly, these months have been battling with the elimination of the curfew by the citizens.

The Minister of Public Health, Plutarco Arias, assured that for March of next year the Dominican Republic would be applying the vaccine against the coronavirus of those contracted with the pharmaceutical company AstraZeneca, in conjunction with the University of Oxford.

All the paperwork is done with three groups that will produce vaccines, and “possibly we will have the vaccines available in February, but the most certain thing, for sure, is that we will be administering it in March,” said Arias.

On October 31st of this year, the purchase agreement was signed by President Luis Abinader, and the Vice President, Raquel Peña, with the president of the AstraZeneca company for Central America and the Caribbean, Rafael Mendoza, anticipating the acquisition of 10 million vaccines against Covid-19, to be applied to five million people vulnerable to the disease.

The President of the Republic guaranteed that the Ministry of Public Health has the logistics prepared to distribute the vaccine upon its arrival in the country.

The acquisition of the vaccines will cost 40 million dollars, of which the private sector contributed the first eight million.

The Economic Commission for Latin America and the Caribbean (ECLAC) placed the Dominican Republic among the four countries in the region whose debt level to external creditors exceeds 70% of its GDP.

The other nations that accompany the country are Paraguay, Nicaragua, and Panama.

The report indicates that due to the fiscal accounts’ deterioration, the debt has increased in most countries. However, the Dominican Republic is among the seven that show above-average increases.

The Central Bank (BCRD) justified the increase in the country’s public debt by stating that “it is not the first time that a crisis causes an increase in the level of indebtedness” and stressed that it is not fortuitous that the global rating agencies maintain the credit rating of the country’s sovereign debt.

They maintain that the crisis of the coronavirus (COVID-19) has caused a drop in economic activity of -7.7%, which, along with the fiscal measures implemented to support businesses, households, and workers, have implied budgetary additions that could place the level of Dominican debt around 68.1% of GDP by the end of this 2020.

After knowing the coronavirus in the country, the government has resorted to loans so that the health sector has the resources for next year.

On December 21, the Senate of the Republic approved two consecutive readings, the bill that authorizes the Executive Branch, through the Ministry of Finance, to issue and place public debt securities for 291 billion pesos.

According to the Executive Power, the function is to place the debt among the investors offering profitability for said securities’ holding.

“Today, unfortunately, we have to resort to these tools to make the country go forward and make sensitive areas, such as health, have the resources for next year to meet the challenge we have ahead,” said Paliza, Administrative Minister of the Presidency.

The school year will continue to be developed in distance mode.

The Ministers of Education and Higher Education have shown a firm stance towards the virtual mode for next year. This form will depend on the coronavirus’s evolution in the country, contemplating a start of blended teaching in higher education institutions in 2021.

“So far, virtual is maintained 100% until the end of the course. The current course should end in all universities in December. In January, when the next university course begins, we will evaluate how the pandemic is going,” explained Franklin García Fermín, Minister of Higher Education, Science, and Technology (Mescyt).

According to the minister’s arguments, blended learning in universities is expected to be in place by the middle of next year.

One of the essential factors in the country’s digital divide is access to improved internet and broadband connections due to the high demand for service in the wake of the pandemic.

This has placed the internet as one of the first virtual classes for both university and necessary area students in the Dominican Republic.

On Wednesday, October 7th of this year, the Dominican government presented the 5G Broadband project, an ongoing project that would be carried out by 2021.

President Luis Abinader indicated that together with the telecommunications institution, contacts were initiated to establish a bidding process to free and provide the necessary bands “as soon as possible” and carry out the 5G project.

Among the advantages exposed in the presentation, it was informed that with the implementation of this network, more simultaneous connections, faster internet, and minimum latency would be provided, which will improve the quality of the services.

He also indicated that this platform seeks to optimize distance education and economic development and guarantee equal opportunities and competitiveness to citizens.

He added that these months of a pandemic had highlighted the reality of the Dominican Republic, and the implementation of this plan “is what the country needs to bridge the digital divide.

In another chapter of the trade war, the Dominican government’s step meant a brushing up of diplomatic relations with the United States and China that both powers have been waging.

The Dominican Republic said that the selection of 5G technology would remain in telecommunications companies’ hands, leaving the door open to Chinese investment in the country in a sector considered strategic.

Then the government changed its position with declarations by President Luis Abinader, in which he vetoed Chinese investments in strategic sectors such as ports, airports, and telecommunications.

The country ended up signing the “Clean Network” protocol, promoted by the Americans.