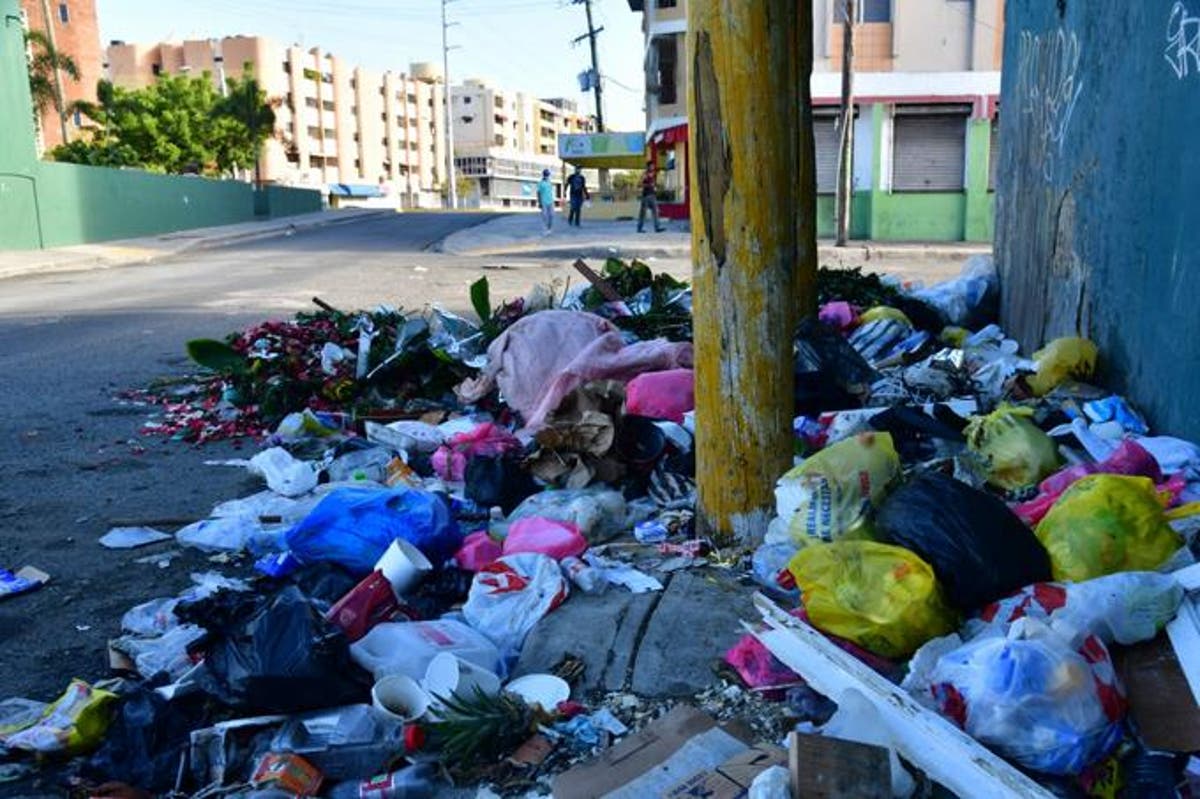 Large piles of garbage in Greater Santo Domingo and Santo Domingo East on the day after Christmas Eve is the panorama of the city’s streets that greets the few who attended this Christmas holiday.

From Paris Street, the garbage was piled up on the sidewalks and part of the street, and although a collection truck could be seen, this would not be enough for the amount of garbage in the area.

When we arrived at Juan Pablo Duarte Avenue, the amount of garbage was even greater. Almost the entire sidewalk, including the containers, are full, so much so that passersby must go down into the streets at times to continue their passage.

The same scenario was found on Mexico Avenue and Padre Miguel Libertador Street in San Carlos.

Continuing on Nuñez de Caceres Avenue, the garbage cans and dumpsters are full. On this avenue, as on Paris Avenue, a garbage truck was observed, but it passed by without stopping to pick up the garbage.

In Santo Domingo Este, specifically on Avenida San Vicente de Paúl, the sidewalks remain with piles of garbage, a prevalent scenario in this district where its citizens have expressed that the trucks do not pass frequently enough.