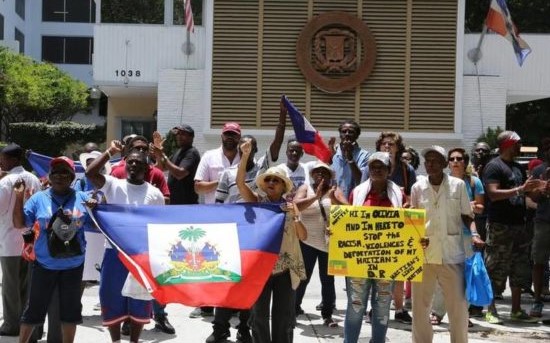 Santo Domingo.– President Luis Abinader expressed that during the first months of his mandate deportations have been regulated and that this process will continue.

“We took office in August and since February of this year there have been no deportations in the country, and we have been regulating that since we took office and we will continue to do so. We tell the country that we are going to comply with the Migration Law, ”said the president when asked about the issue of undocumented immigrants.

He added that progress has not only been on the issue of complying with the Migration Law in the country, but also with the government of Haiti. “Both they in Haiti and we here are the ones who have to control the situation.”

Abinader affirmed that the Haitian government also has its share of responsibility, that they must be the first to control the emigration of Haitians to the Dominican Republic.

“We are living a special moment with this pandemic, but we are making a lot of progress not only in the matter of complying with the Migration law in the country, but also with the government of Haiti.”

These statements were offered by the president when he participated in a meeting with the press where he announced the incorporation of all police officers to the Premium service of the National Health Insurance (Senasa).