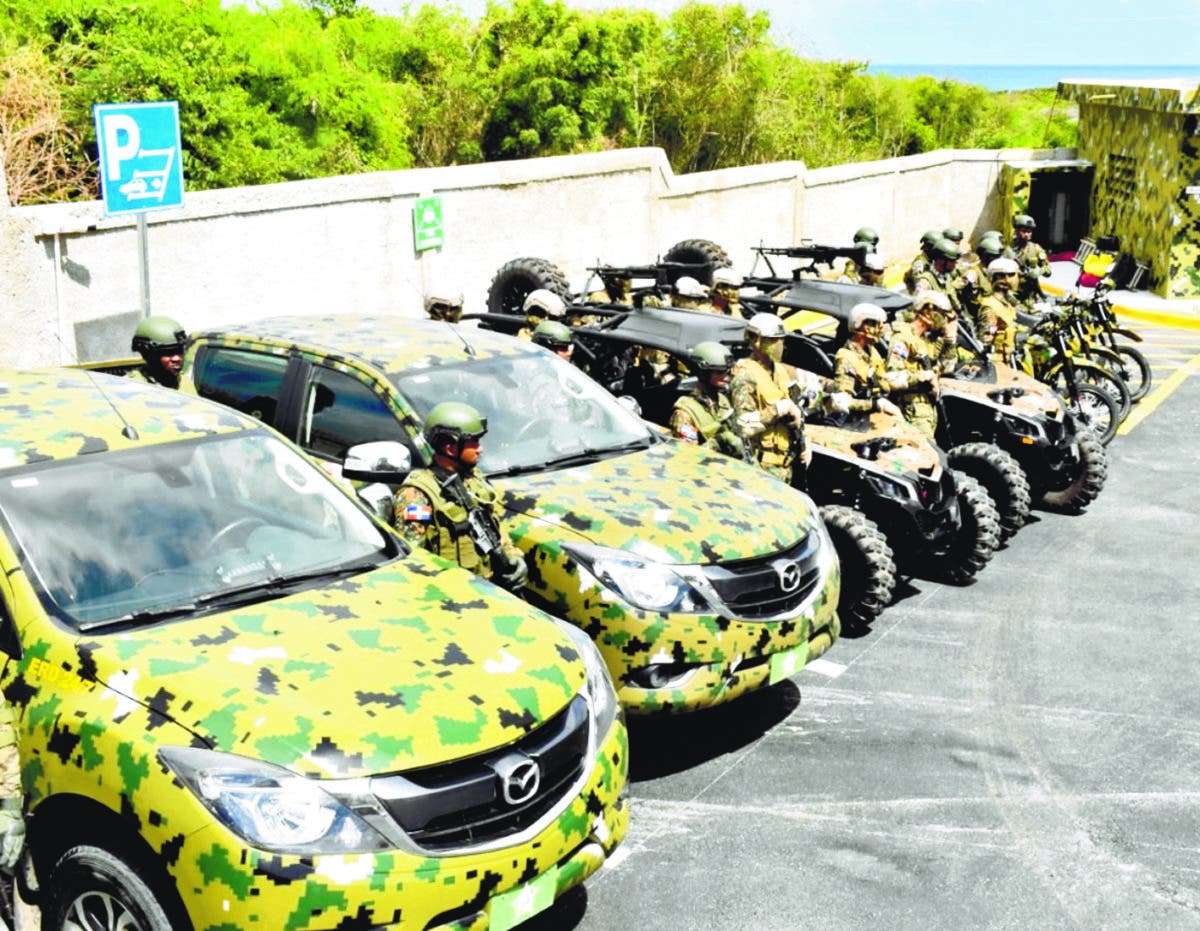 BARAHONA.-The President of the Republic, Mr. Danilo Medina Sánchez, inaugurated today the facilities that serve as the basis for the "Enriquillo Interagency Task Force," in the municipality of Enriquillo, in this province, the fifth unit of its kind created to Increase control of illegal migration and illegal activities in the border region. The Minister of Defense, Lieutenant General Rubén Paulino Sem, Dominican Republic Army (ERD), when delivering the central speech of the event, explained that this task force's mission consists of executing joint and interagency security, intelligence, and border surveillance operations. It is the fifth of 10 to be built. The previous services are in Jicomé, Los Pilones, Copey, and Elías Piña. Today / External Source 7/23/19

The Armed Forces are adding modern electronic devices to increase control of illegal cross-border trafficking of people and goods. They have already doubled, to reach 290, the number of cameras located at strategic points on the dividing line with neighboring Haiti.

The cameras are sophisticated models for military surveillance, which can even detect body heat at night. They are joined by vehicles equipped with high-efficiency drones that, like cameras, send the captured images to operations centers. The action of motorized patrols and fixed surveillance posts is oriented.

The Minister of Defense, Lieutenant General of the Dominican Republic Army (ERD) Carlos Luciano Díaz Morfa, assured that the armed forces, mainly the ministry’s specialized units, continuously improve their strategies, methods, and equipment in the task of policing the border. It is one of the primary missions as part of its responsibility to ensure national security.

He explained that currently, the Ministry of Defense (MIDE) maintains 9,748 soldiers deployed in the border surveillance task to control irregular movement on the land and maritime borders with Haiti.

One hundred twenty members of the Intelligence Directorate of the Joint Chiefs of Staff (J2) work for military intelligence tasks.

The Third Brigade of the ERD in the central border region has 2,654 troops, the Fourth Brigade located on the northern border has 2,691; and on the southwestern border is the fifth brigades with 2,677 soldiers.

Four formal border crossings have been established on the Dominican-Haitian border and are located in Dajabón, Elías Piña, Jimaní, and Pedernales. These steps and their surroundings are the responsibility of the Cesfront, which has 702 soldiers.

Operation Bayahonda. The General Command of the Army maintains “Operation Bayahonda” active to reinforce its surveillance and security device in the land border strip, in which 600 soldiers participate, and keeps operating the “Border Patrol” (motorized) with 50 personnel.

The Air Force supports surveillance from its detachments at the Cabo Rojo (Pedernales) airport and in Dajabón. It uses three aircraft and 83 members for air patrol.

In Manzanillo and Cabo Rojo, the Navy has two port commanders with 82 members, 11 vessels with 53 crew members on naval border patrols, and a detachment on Beata Island. There are 128 units; also, 18 vehicles to patrol through challenging terrain.