Odebrecht witness reveals how bribes were made; Points to Rondón, Díaz Rúa and Pittaluga 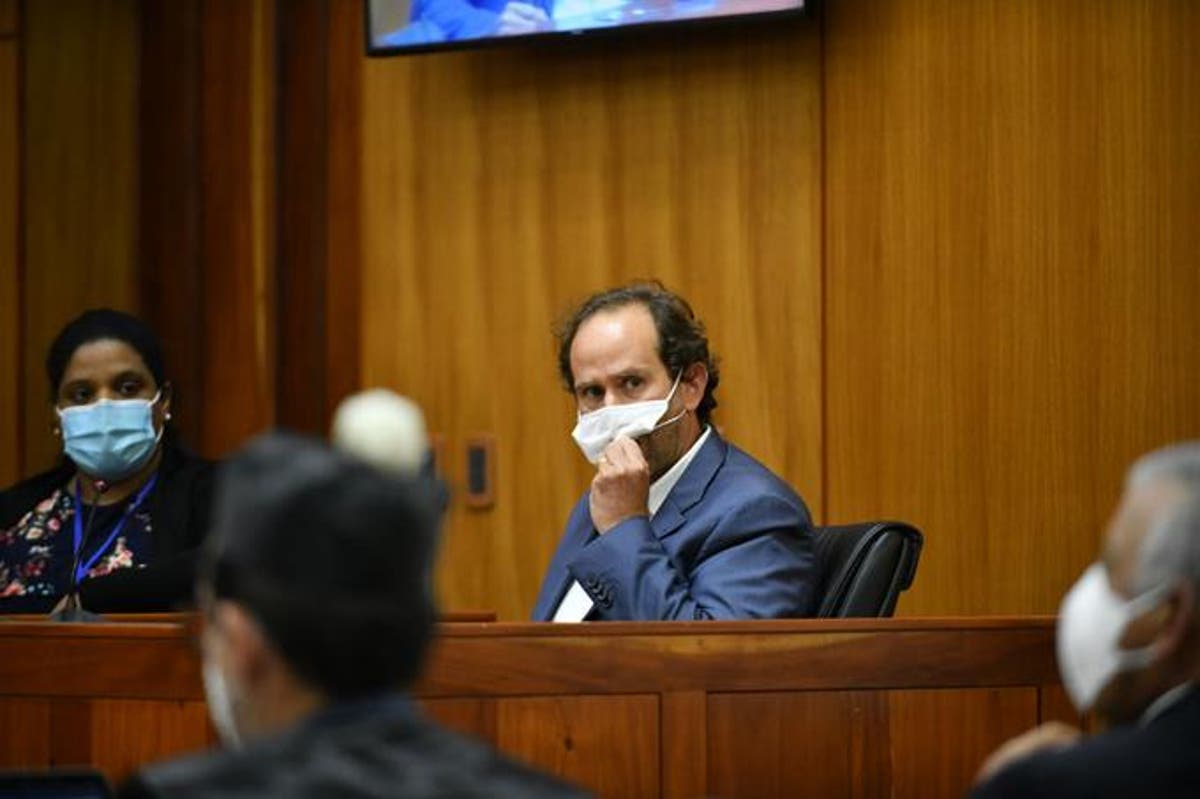 Mauricio Dantas Bezerra, one of the main witnesses in the Odebrecht case, testified yesterday in the background trial that Angel Rondón and Conrado Pittaluga are the people to whom the Brazilian company Odebrecht made payments to win construction contracts.

The witness of Brazilian origin, who held the position of legal director of the construction company until November 2019, also mentioned Victor Díaz Rúa and several congressmen as “the destination” of the payments to not leave any traces.

According to Dantas Bezerra, the payments were destined because “they could make the works possible” in the country.

During the hearing, the witness stated that the same illegal acts were admitted in the country as in the United States: corruption, money laundering, and violation of accounting rules.

Dantas Bezerra pointed out that bribes of approximately US$92 million were paid in the country directly or through intermediaries to obtain construction contracts.

The former legal director of the construction company explained that Odebrecht used “offshore accounts,” such as Consultora del Sur and “Landfield,” through which payments were made on behalf of the company.

According to Bezerra, these third-party companies were contracted by the sector known as “Structured Operations,” the latter making payments related to illegal acts and other disbursements.

When asked where the money was located, the witness mentioned that it was in “tax haven countries” but said he did not remember which countries.

Rondón reacts
In statements to reporters after the end of the hearing in the Odebrecht case at the Ciudad Nueva Courthouse, Rondón denied the Brazilian witness’s words about the companies with which the defendant allegedly had contracts to receive the payments illegally. “I do not have a contract with any company other than Odebrecht. He cited companies there that Odebrecht transferred, but I have no contact with them. (…) My contracts are with Odebrecht, not with Landfield or Consultora del Sur,” said Rondón.

The defendant said he feels “totally calm” as long as the justice system acts based on the defendant’s possession of evidence and documents.

Díaz Rúa and Rondón
In the morning, the defense of Díaz Rúa y Rondón had requested the exclusion of Dantas Bezerra from the hearing, arguing that the Public Prosecutor’s Office had not notified her of the statements and previous interview that had been made.

The Brazilian witness admitted being responsible for the negotiations of the agreements signed with the competent authorities of the Dominican Republic, Guatemala, Panama, Ecuador, Peru, and Colombia between 2016 and 2018.

Dantas Bezerra assured that he acted as a “special proxy” for Odebrecht when the construction company signed the agreement with the Attorney General’s Office in which it committed to pay double the US$92 million to repair the damages caused to the country.

CONTINUED
The trial continues on Monday.
Judges Jissel Naranjo, Tania Yunes, and Gisselle Mendez suspended the hearing for next Monday at 9:00 a.m.

Transmission suspended
The first four and a half hours of the trial, followed by those accused of bribery by Odebrecht, which resumed yesterday, were spent in a debate over the legality or otherwise of the live transmission of the witness statements. The defense asked to stop the trial’s live transmission by the Judiciary, which the court accepted.