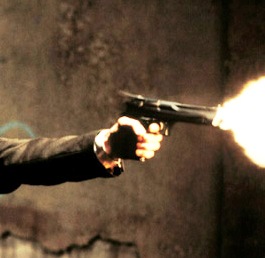 Santo Domingo.- Those linked to the kidnapping and murder of businessman Richard Bolívar Santana make up a network of deportees and ex-military, allegedly dedicated to kidnapping, impersonating Drug Control (DNCD) agents.

The information figures in the request for 18 months of pretrial detention against 10 people, including a woman, and to declare the case complex.

The document details the participation of each of those involved, as well as how they planned and kidnapped the victim, whom the accused Rafael Ricardo Espinal Abreu followed up to provide the address where the businessman would be on December 10 and when he was in the morning at the gas station located on the Coral highway, near the Higüey -Romana tollbooth.

To that place, the accused Gabriel Elías Lesta Reyes (Papo), and the fugitives “Greña,” “Edwar” and “the Driver,” with weapons of different calibers, with DNCD uniform and badge, arrived in a Toyota SUV, simulating an arrest and violently took Santana and a woman who accompanied him, to a farm called Cabrilla 20, on the Duarte Highway, in Villa Altagracia, where he was held.

They then released the woman on Lincoln Av., and threatened to kill her if she gave any information. His body was found buried in the farm.